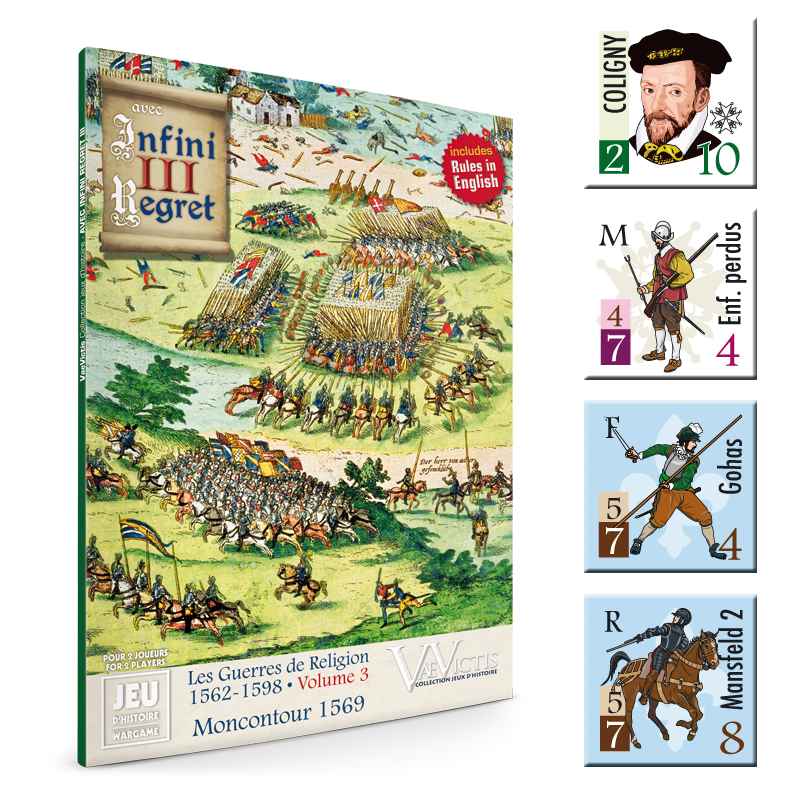 The Peace of Longjumeau, signed on 23 March 1568, ended the second Wars of Religion but was fragile. The royal power no longer trusted the prince of Condé, leader of the Protestant party.A few months after the signing, the Catholics attempted to capture the prince of Condé and Admiral Coligny by surprise. The plot failed and the Protestant commanders reassembled with their armies and took refuge at La Rochelle.

Thus began the campaign constituting the third War of Religion at the end of the summer of 1568. The objective of the Royal Army, commanded by the Duc of Anjou, future king Henry III, was to seize the Protestant towns between Charente and Dordogne. After a winter campaign marked by desertions on both sides, the Duc of Anjou claimed victory on 13 March 1569 at Jarnac when the prince of Condé was cut down in cold blood while surrendering to a Catholic nobleman. Coligny succeeded him as commander of the Huguenot army. Despite this victory, Anjou was unsuccessful in capturing the city of Cognac. Furthermore, he didn’t have enough troops to supply a garrison in the cities seized from the Protestants.

On 25 June 1569, Admiral de Coligny took his revenge and defeated the Catholics at La Roche-L’Abeille where Strozzi, colonel general of the royal infantry, was taken prisoner. He then lay siege to Poitiers but was forced to abandon it after several weeks in order to confront the Catholic troops preparing to him from his rear bases.

On 3 October 1569, the two armies faced off near Moncontour.Gaspard de Coligny did not want to engage in battle, knowing he was outnumbered. However, German mercenaries among his troops were unhappy at not being paid and precipitated the movement. The Catholic troops were better prepared, greater in number and more heavily armed and easily pushed back the assault of the Protestants who were forced into a disorderly retreat.

Although it barely lasted two hours, this battle resulted in between 6000 and 10.000 men dead or taken prisoner on the side of the Protestants compared to 1000 for the Catholics. The Swiss soldiers of the Royal Army spared no lansquenet in retaliation for La Roche-L’Abeille