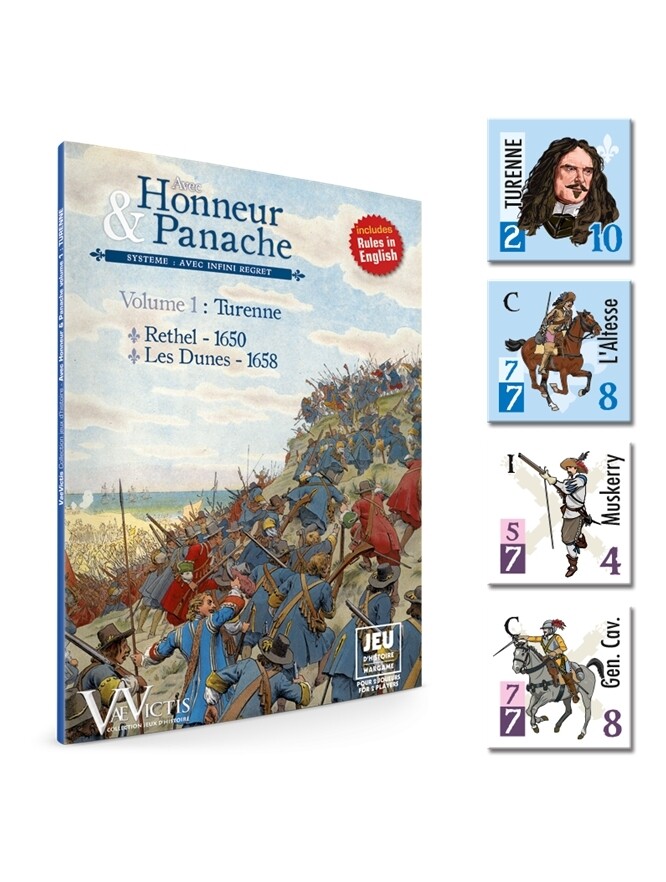 Rethel 1650 – 15 December 1650: With Mazarin having imprisoned the Prince of Condé at the beginning of the year for fear of his growing influence, the troops supporting the Prince rallied behind Turenne who had recently gone to the Fronde’s side. Turenne operated in the northeast of France to join the troops of the Duc de Lorraine and the Spanish with hopes of regaining control of all the fortresses acquired in Condé’s cause.

Sensing the danger of having such a great captain against him, Mazarin entrusted the command of the armies of Flanders and Champagne to the Comte de Plessis-Praslin (meanwhile beginning secret negotiations with the other camp). Plessis-Praslin lay siege to Rethel and, despite having given his word, the governor of Rethel surrendered a few days before Turenne’s arrival. The commander of the Frondeur army was therefore required to combat the entire Royalist army.

After his defeat (which would be the last one), Turenne joined the king’s camp in exchange for amnesty, a few titles and, most importantly, the command of the French armies. He would be a loyal servant of the king until his death on the battlefield 25 years later.

The Dunes 1658 – 14 June 1658: the alliances had evolved since the end of the Thirty Years’ War. The Lorraine soldiers had gone over to the French camp after their duke was imprisoned by the Spanish. Mazarin convinced King Louis XIV to sign a military alliance with Cromwell who sent a strong English contingency to the continent, thereby forcing King Charles II and Princes James and Henry to join the Spanish with their meagre troops. Exiled with those loyal to him for nearly six years, Condé was also on the side of Juan of Austria, the commander in chief of the Spanish forces.

When Turenne laid siege to the fortress of Dunkirk, Juan of Austria decided to give battle right away. Condé declared to James “Sir, today you will see how to lose a battle”.

As a result of this French victory, the Treaty of the Pyrenees and other related agreements were signed, putting an end to the Franco-Spanish War, to some extent the Fronde, and the English Civil War . The sun of Louis XIV could begin to shine.