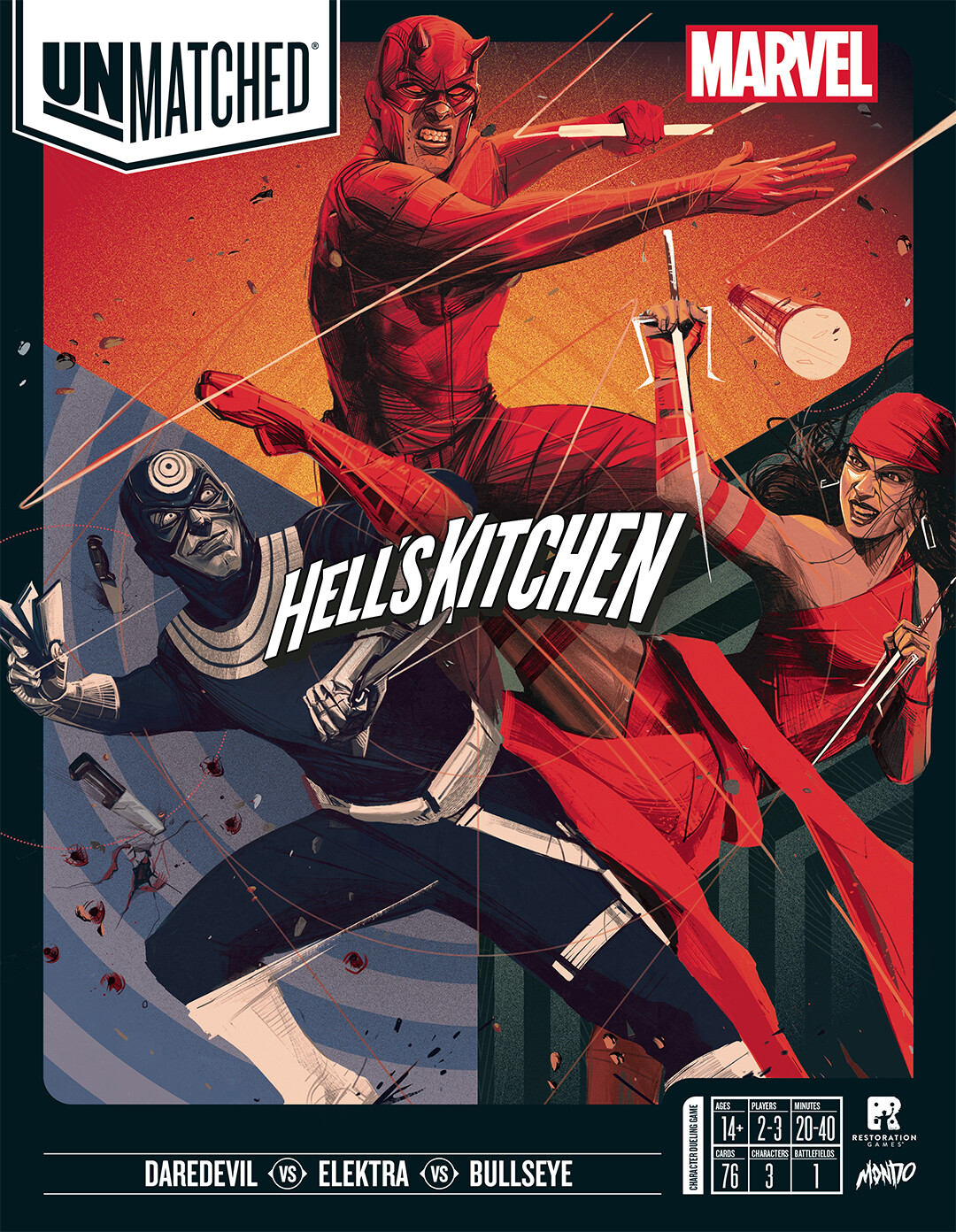 As with every Unmatched set, Hell’s Kitchen heroes can face off against fighters from other sets, making it a must-have for experienced players or a great entry point for new ones. And Hell’s Kitchen introduces item tokens that provide fighters with potent effects. And it’s all brought to life by the masterful illustration of Oliver Barrett and Ian O’Toole with the peerless production quality for which the Unmatched line is known.

Unmatched: Hell’s Kitchen is a stand-alone expansion for the Unmatched system and includes: