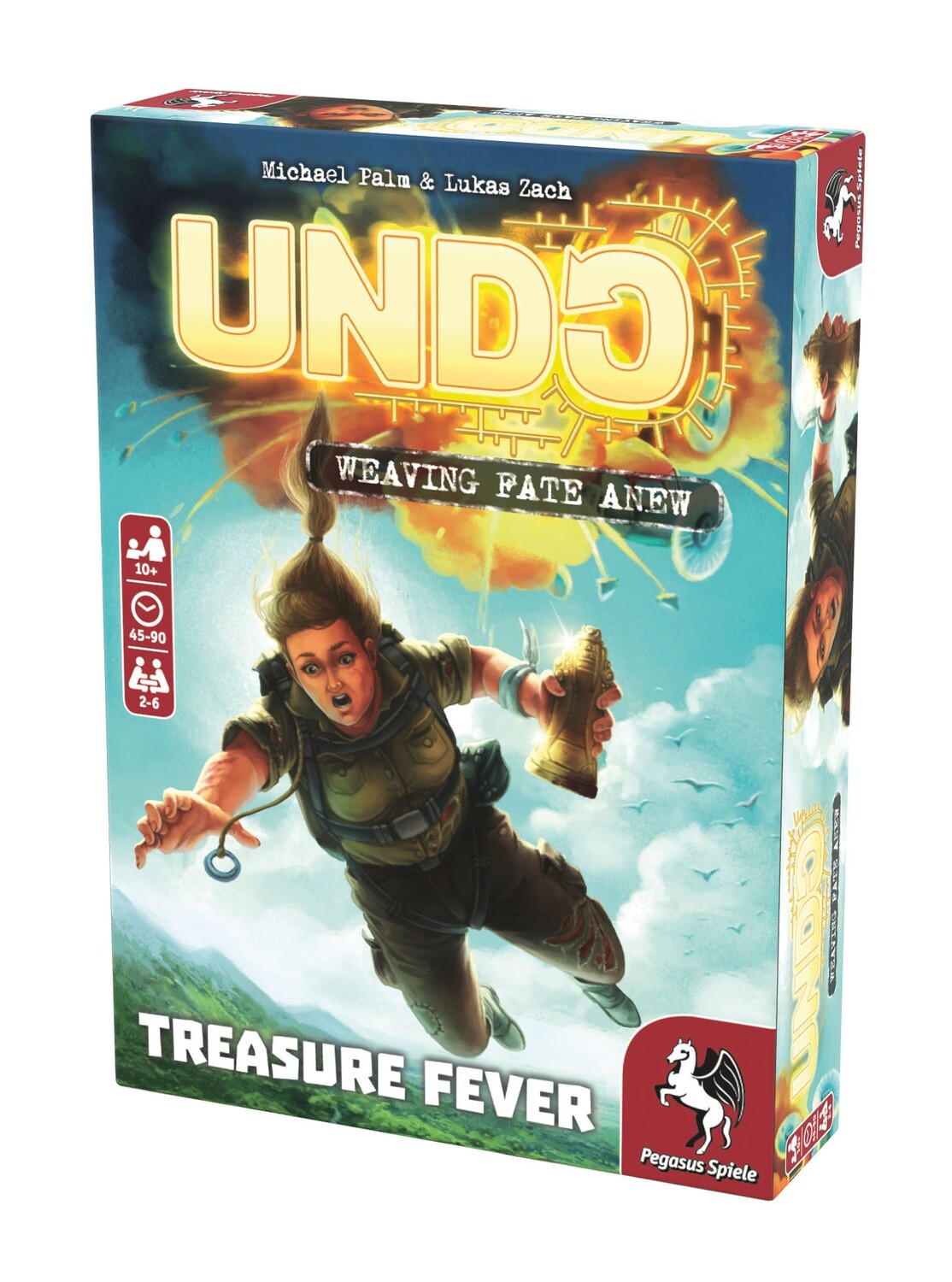 High Above the Yucatán jungle, February 29, 1952: With a vigorous jump, a blonde woman in her twenties leaves the small plane‘s cabin and plunges towards the jungle. When the craft explodes above her, she doesn‘t look surprised, but pleased. She laughs because she knows that she has won. The shiny object in her hand is proof of that. The air rushing past rips at her expedition clothes. She confidently pulls on her parachute‘s cord, and then, as she tries pulling it again and again, panic wells up in her chest with the realization that it will never open...

In 1952 a treasure hunt in the Yucatán jungle goes horribly wrong when a young woman, equipped with a dysfunctional parachute, plummets to her certain death – unless the players use their time-traveling, event-altering abilities wisely, and find a way to both unravel the circumstances that led to the young woman’s fate, and change it, in UNDO - Treasure Fever.