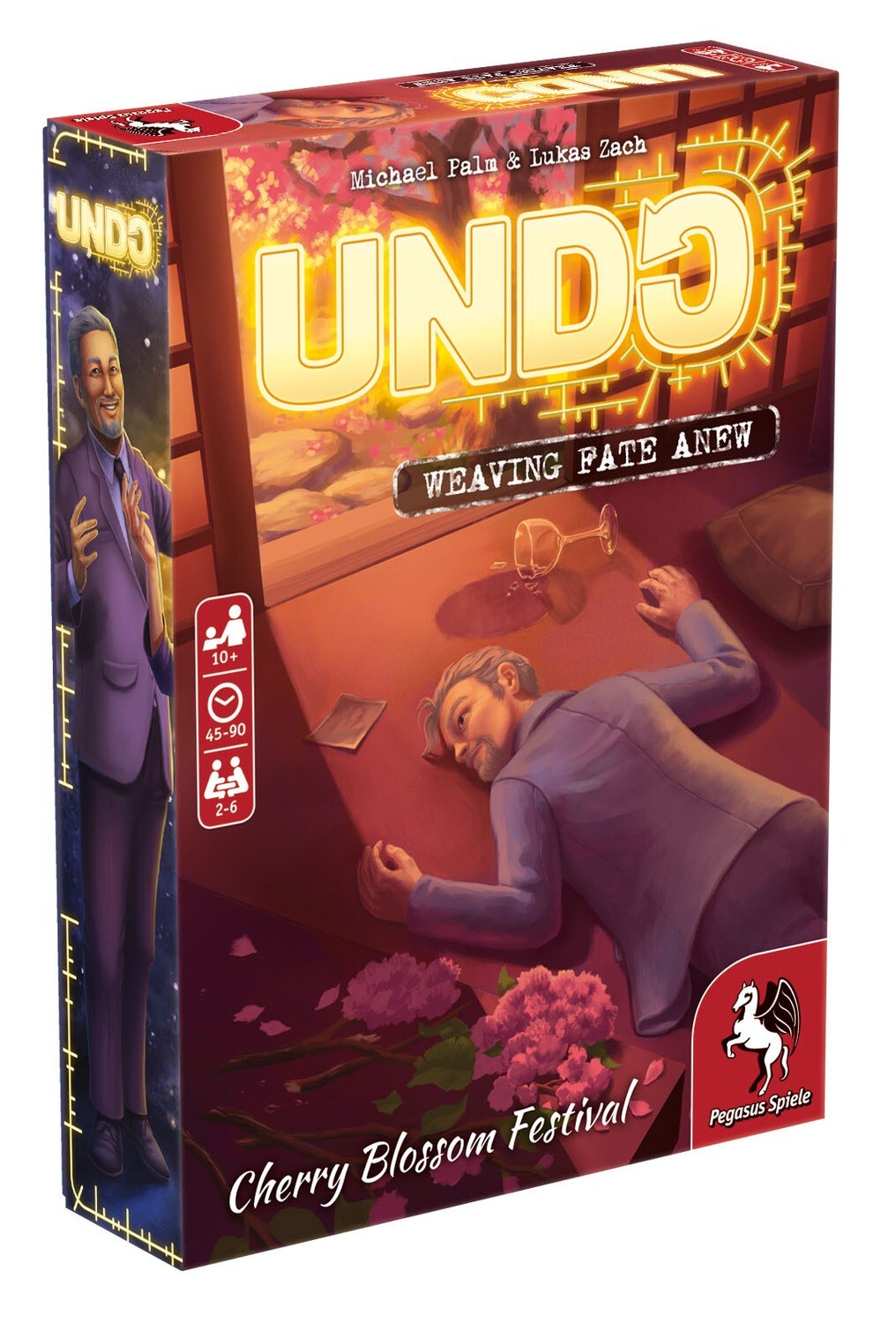 Okayama, Japan, March 2000: A man in his sixties lies dead on the floor of his living room. Beside him are a broken wine glass and a picture of a young woman in a wheelchair. The deceased wears an old-fashioned blue suit. He shows no signs of injury, but there is an old scar, barely visible, above his eye. In his jacket, a phone rings, playing the melody of Beethoven’s Moonlight Sonata, while a petal from the cherry twig on the nearby table circles to the ground…

UNDO - Cherry Blossom Festival is not about reconstructing the progression of events or identifying a murderer. Instead, the players act as incorporeal Weavers of Fate who travel into the man’s past to undo his death. They decide together in which order they want to visit the different moments of the victim’s life. Every leap in time entails important decisions, which influence whether the man lives or dies. Will the players be able to change his fate and save him?

Cherry Blossom Festival is one of three initial cases of the innovative new game series UNDO. As players travel through the dead man’s past and try to give him a future, they gradually explore a touching story about love, loss and family.