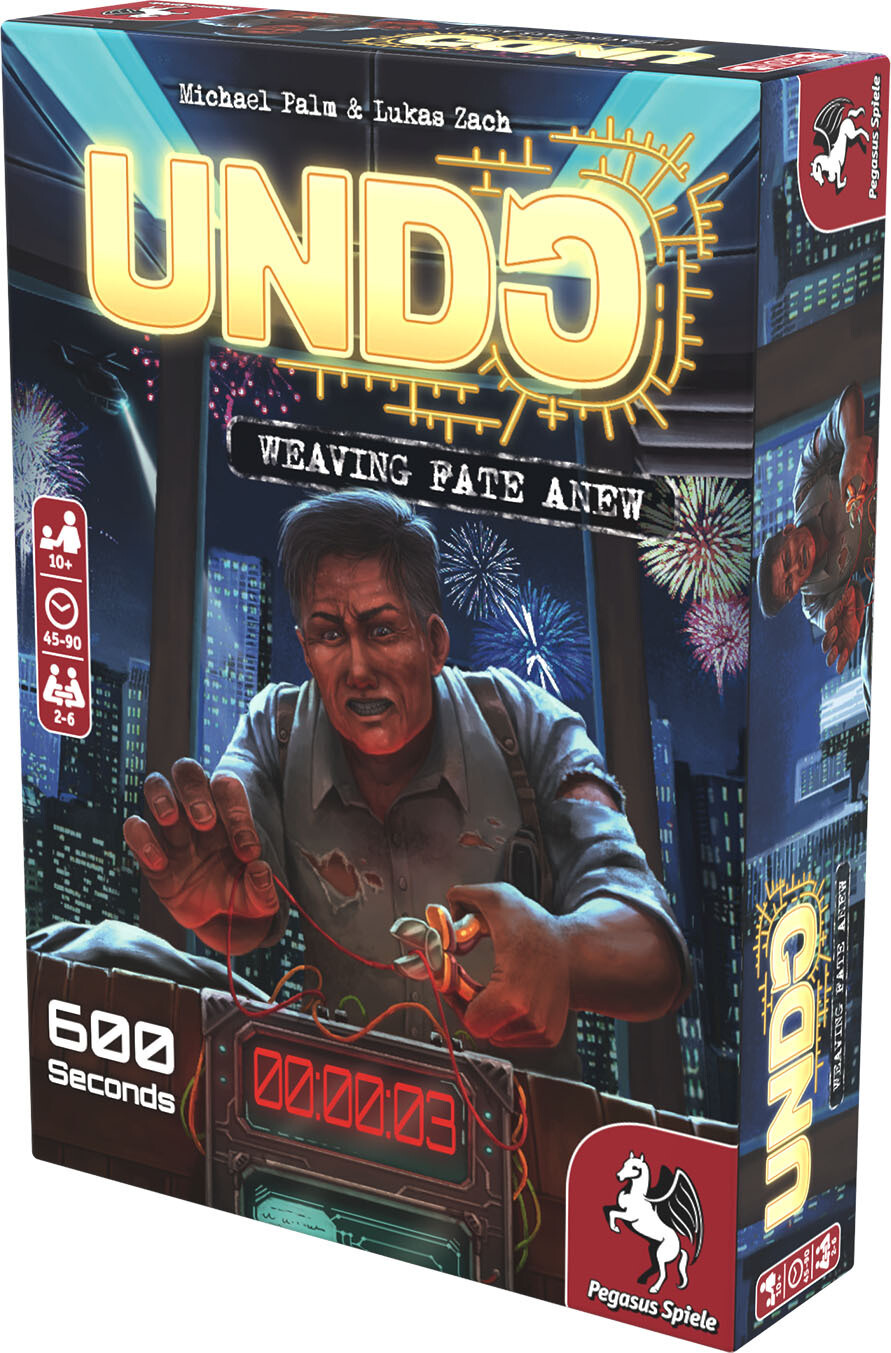 Los Angeles, New Year’s Eve: Right now, he should have been lying on a sun lounger in Hawaii for a week already, cocktail in hand. Instead, he’s clutching a pair of pliers with trembling hands, uncertain which wire to cut. Sweat runs into his eyes, adrenaline rushes through his veins. The seconds on the timer of the bomb tick down mercilessly … 8 … 7 … He desperately tries to remember his training with the CIA more than three decades ago … 6 … 5 … This must be payback for only working an office job these last ten years … 4 … 3 … He needs to make a decision if he wants to save all the people in this skyscraper … 2 … He cuts one wire … 1 … As the fireworks begin to illuminate the skyline of Los Angeles … 0 … the sound of a massive explosion and a devastating ball of fire usher in the new year with a catastrophe.

Players learn the rules and encounter the starting situation of the case on the first few cards, which also guide them through the setup. Once the setup is complete, players carry out nine time jumps. Every jump takes them to one independent moment from the past (or the future) and allows them to change that moment in one of three ways, which may change the starting situation for better or for worse. The players need to discuss what they know and try to come up with theories about the story, using the clues they gather from the different time jumps. Only by continuously adapting their theories and making the right choices will they successfully change fate.