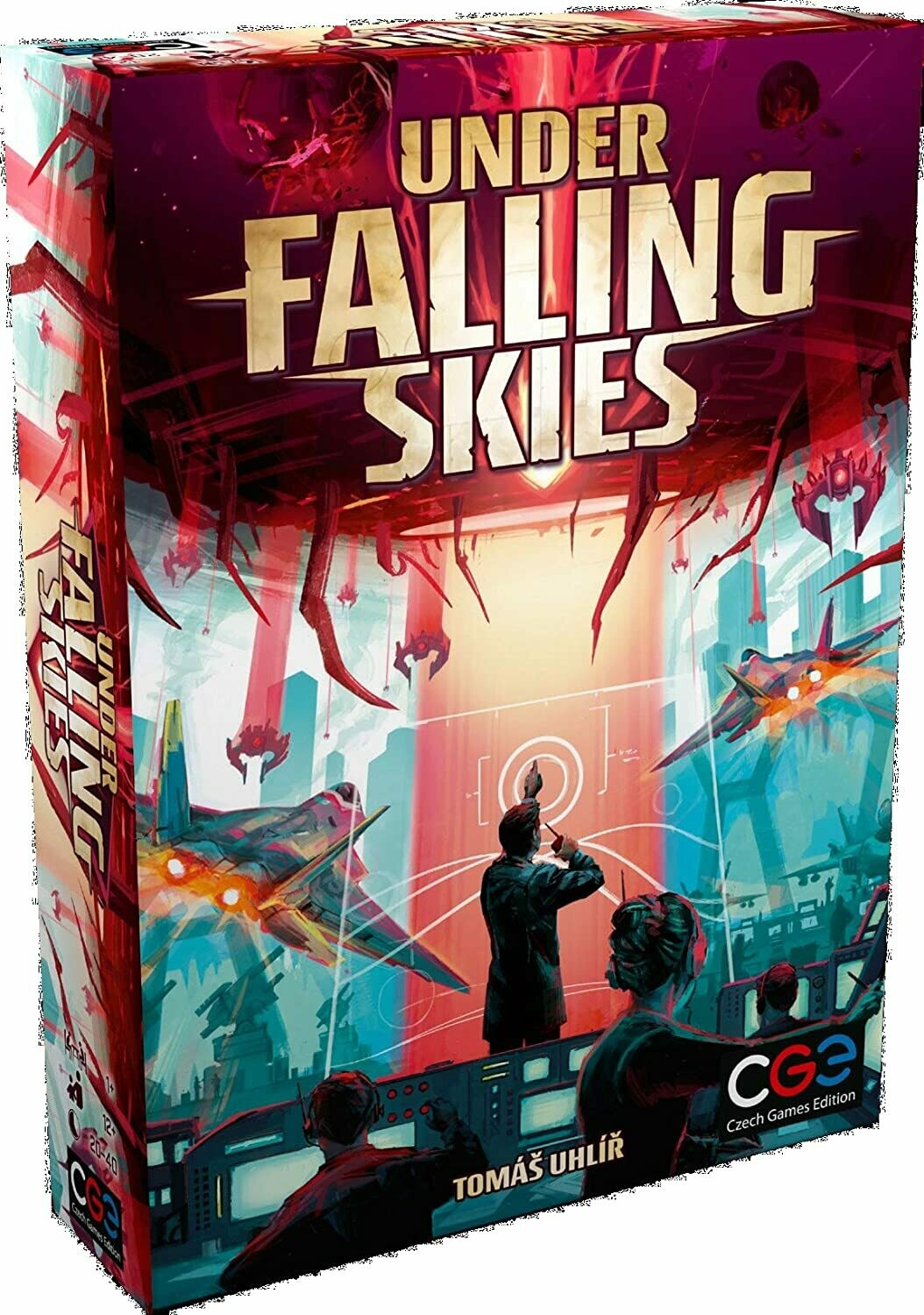 As the mothership descends to complete her conquest of Earth, enemy ships fill the skies. In your underground research bunker, you are Earth's last hope.

Under Falling Skies is a solo game with a multi-mission campaign. In each mission, you take charge of defending a besieged city.

Your actions are powered by an innovative dice placement mechanic. When you choose an action, you are also choosing which enemy ships will descend. Bigger numbers give better effects, but they also cause ships to descend faster.

Expand your underground base to gain access to more powerful actions, allowing you to shoot down enemy ships or deploy robots to increase your workforce, but don't forget to work on your research and watch your energy supply.

The mothership draws closer every round, ratcheting up the tension.

Under Falling Skies can be played either as standalone games or as a replayable four chapter campaign.

Can you complete your mission before your base is destroyed?