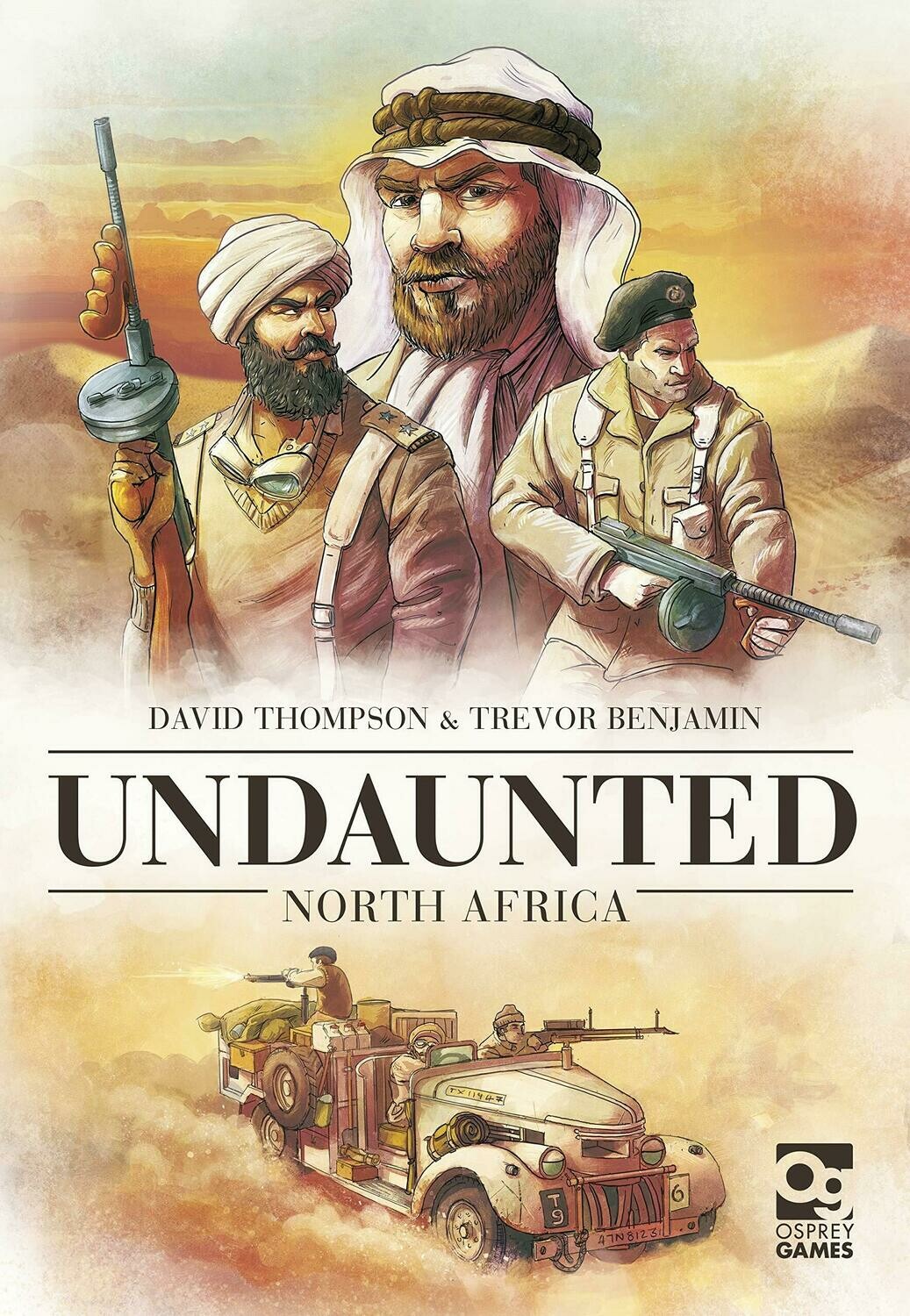 The Undaunted series continues with this two-player deck-building game of tactical combat, pitting the raiders of Britain's Long Range Desert Group against Italian forces in the North African Theater of World War II.

The North African Campaign has begun. Take control of the British Army's Long Range Desert Group and operate behind enemy lines or command the formidable Italian forces opposing them. In this sequel to Undaunted: Normandy, players will once again lead their sides through a varied series of missions. As casualties mount, wounded units leave the players' decks, forcing them to adapt in the face of changing tactical circumstances. Use your cards to strengthen your forces, deploy vehicles to advance rapidly across the battlefield, and seize the initiative as you determine the outcome of the North African Theatre.