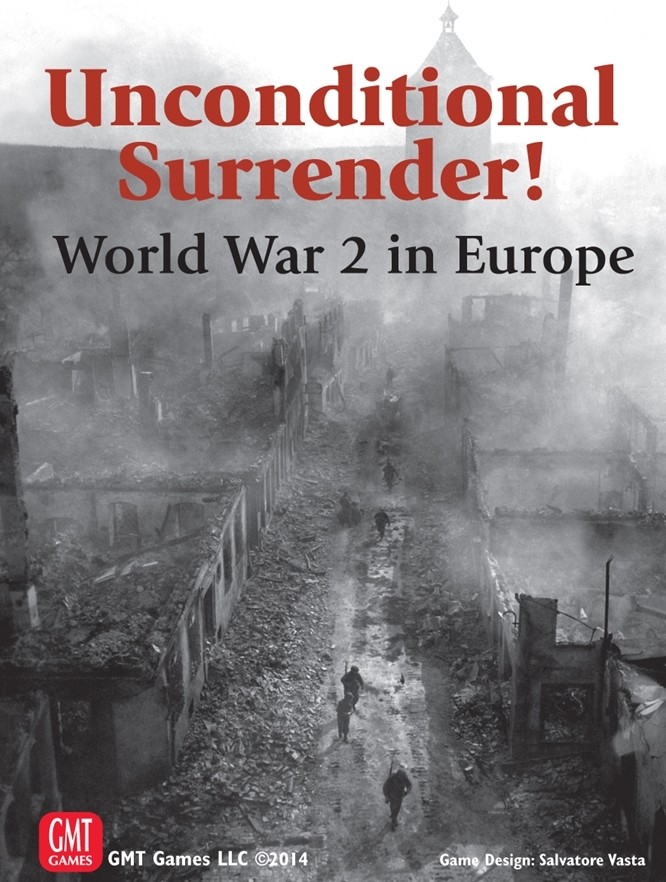 Unconditional Surrender! World War 2 in Europe is a strategic level game covering the World War Two’s European Theater. Players control the political decisions and military forces of the Axis, Western, and Soviet factions that struggled for European dominance and survival.

With its emphasis on force projection and decision making, players focus on the big picture of managing military fronts and political opportunities. Through the use of simple mechanics and low on-map counter density, players easily handle the strategic action without a myriad of complicated subsystems or tall stacks of counters.

Though the focus is on the big picture, the game delivers historical detail. Each country in the game has an historical army level order of battle, and the relative strength of its economy and national will to fight are effectively and simply modeled. Also represented are such World War II events as airdrops, Free Forces, jets, naval evacuation, partisans, radar, heavy artillery, and ULTRA; all of which are woven into the game's core mechanics for ease of play.

Unconditional Surrender! has 16 scenarios ranging from individual campaigns to the entire war.

Game Components:
Save this product for later
Display prices in: USD
1-513-201-7672
mrb.rockinbgames@gmail.com
www.shop.rockinbgames.com