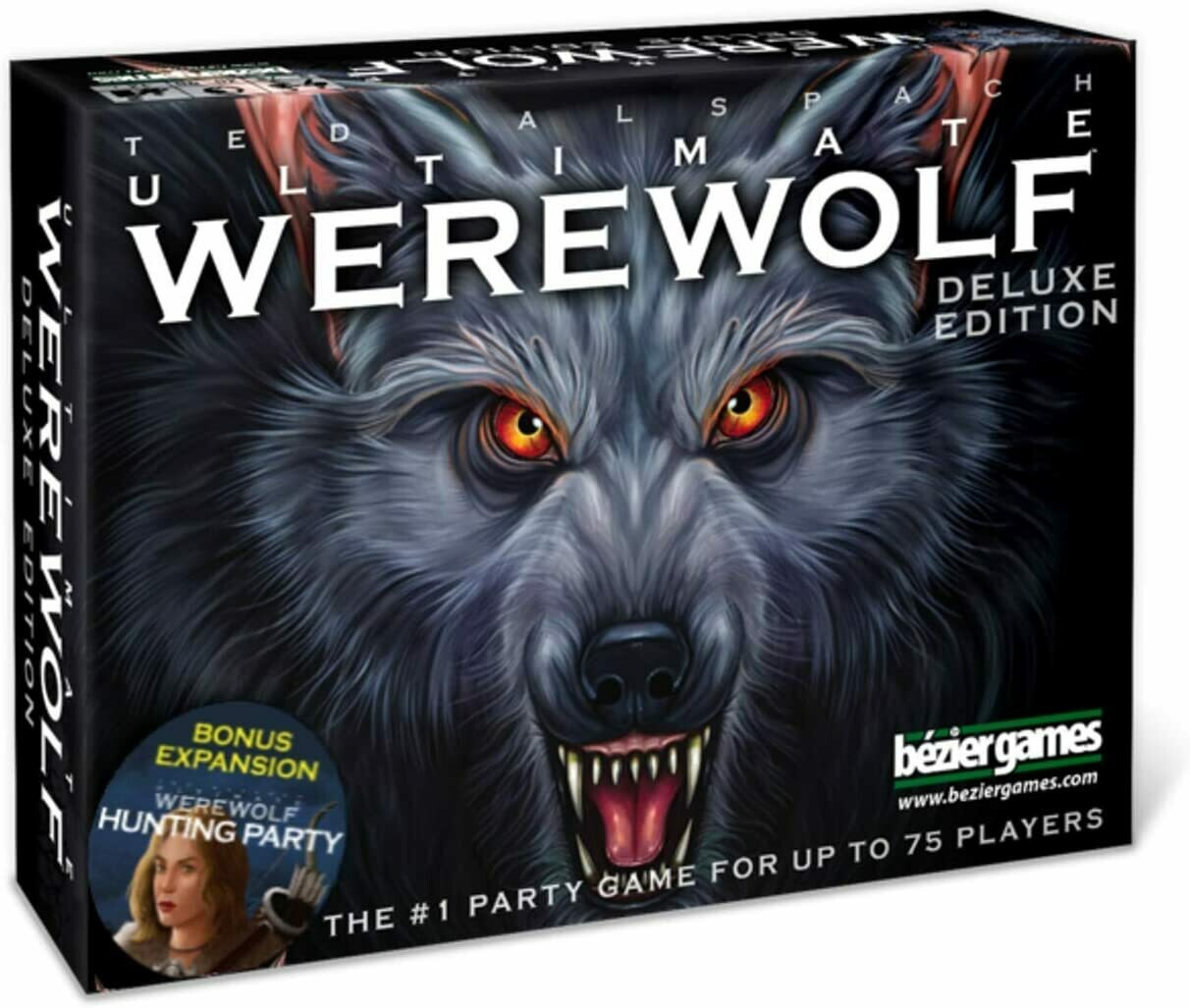 Included for a limited time: the Hunting Party bonus expansion!

Ultimate Werewolf takes place over a series of game days and nights. Each day, the players discuss who among them is a Werewolf and vote out a player. Each night, the Werewolves choose a player to eliminate, while the Seer learns whether one player is a Werewolf or not. The game is over when either all the Villagers or all the Werewolves are eliminated.

Ultimate Werewolf: Deluxe Edition features amazing artwork, comprehensive rules, and a fantastic moderator scorepad. What's more, it supports more players than any other game: 75 of your closest friends can converge on one or more villages using the components in this box.

“A fantastic version of Werewolf—the best there is” –Tom Vasel, The Dice Tower
Save this product for later
Display prices in: USD