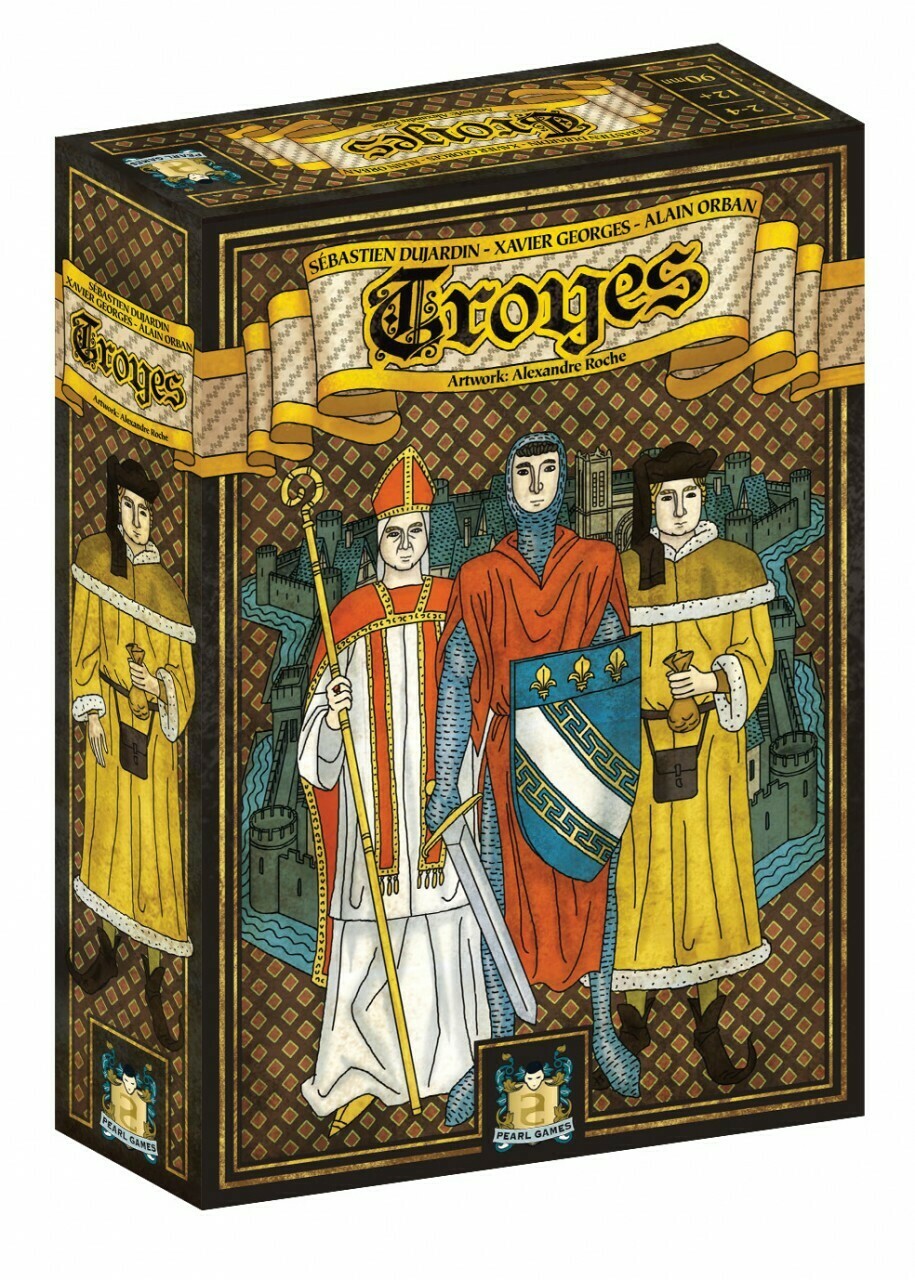 In the year 1200, the foundation is laid for the cathedral of Troyes, but it will not be finished until four centuries later, after innumerable incidents.

This game invites you to experience four centuries of history by participating in the development of one of the finest medieval cities ever to make its mark on Western culture.

During the late middle ages, the French city of Troyes was a center of Western European conflict. It witnessed the marriage of a French queen to an English king, Joan of Arc’s crusade to liberate France, the Black Death, the arrival of the Gypsies, the birth of Arthurian romance, and more—all before a tremendous fire destroyed the city and its ornate Cathedral, consigning the greatness of Troyes to history.

Experience the greatness of this medieval city in Troyes! Combining the unpredictability of dice with a tight economy and plentiful player interaction, Troyes challenges you to lead a group of citizens through a tumultuous time and compels you to make tough strategic decisions every round. Will your citizens become Archers or Artisans? Will you help build the Cathedral, or battle Heresy? Above all, how will you survive the constant attacks, skirmishes, and battles of the Hundred Years War, and earn your family fame in these tumultuous times?