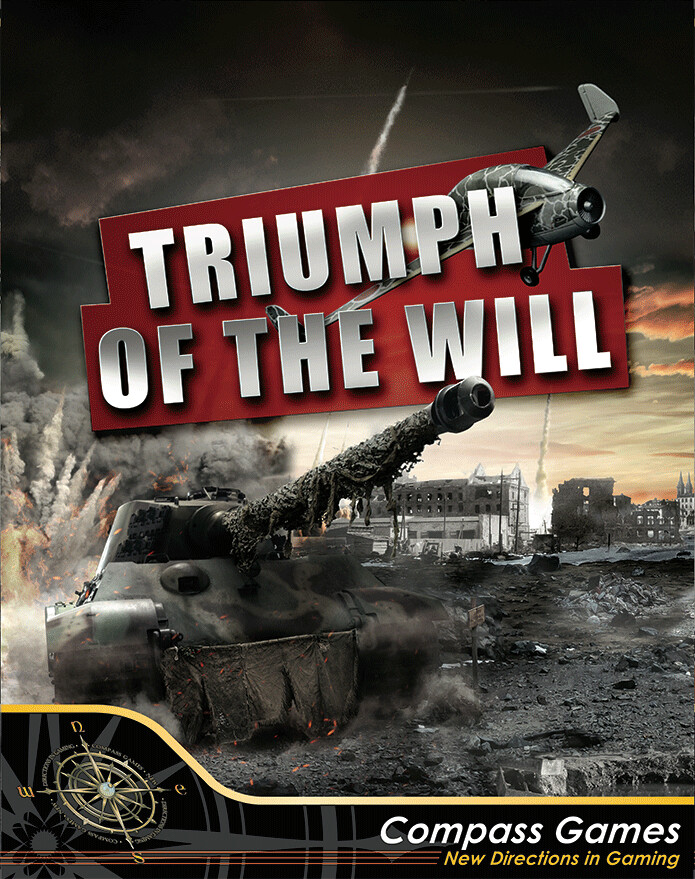 Triumph of the Will

Triumph of the Will: Nazi Germany vs. Imperial Japan, 1948 enables two players to game the entirety of alternative history’s worst nightmare: a triumphant Nazi Germany and Imperial Japan, having won World War II and conquered the planet in 1945, square off against each other – for total domination – three years later. The game’s two area-movement mapsheets join along the equator to show the whole world, including the Arctic and Antarctic.

Game mechanics recreate the dilemmas and challenges inherent in grand-strategic warfare aimed at controlling an entire planet. The keynote is a system in which making moves switches rapidly back and forth between the players one “action” at a time. There are no long waits for your opponent to finish his move; both players are kept fully involved at all times.

In any order you want, you can: enter reinforcements; bring back into play previously eliminated units; move an army, air force, fleet or elite corps on the map via land, sea or air; launch a conventional attack or launch a nuclear attack.

Of course, if too many mushroom clouds appear, there’s an increasing chance “nuclear winter” will engulf the Earth, in which case both players lose. Similarly, clandestine guerrilla forces of the underground “United Nations” resistance organization are constantly lurking, ready to fill any power vacuum left behind your front and raise their sky-blue flag of rebellion.

Triumph of the Will is designer Ty Bomba’s second take on this topic – the first having been the now famous and infamous classic Tomorrow the World, published in 1989. This is a much more accessible, fast-playing and exciting treatment of that nightmare scenario.