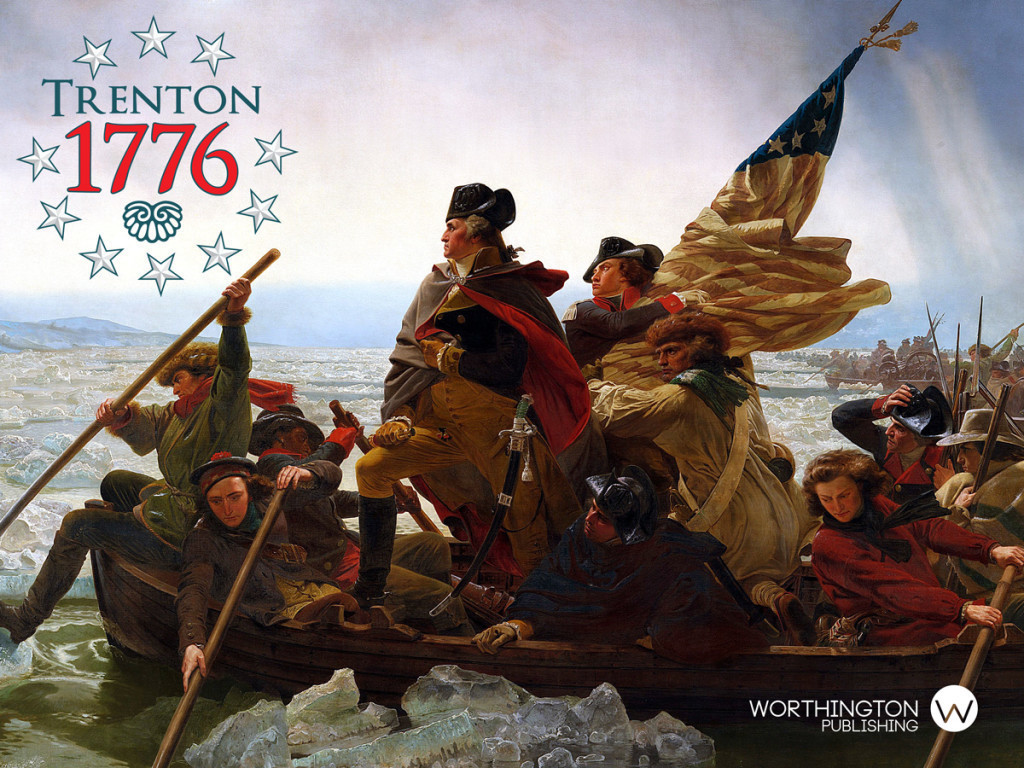 Trenton 1776 is the second game in the Campaigns of the American Revolution series. The first, New York 1776, covered the battles around the city. Following that campaign Washington was chased out of New York into New Jersey with the British storming across the Hudson in hot pursuit. Trenton 1776 is that campaign. One where all seemed lost. One described as the “the times that tried men’s souls.” One where Washington the hunted became the hunter in a miracle winter campaign across New Jersey. One that saved the Revolution.

Can you do the same playing Washington or as British General Howe can you cross the frozen Delaware, take Philadelphia and finish off your nemesis from New York?

Trenton 1776 has a campaign game that covers the entire campaign from the chase of Washington across New Jersey, his refuge behind the Delaware river and the winter battles that reversed his fortunes. Also included in the game are shorter scenarios; Christmas surprise: Trenton December 25/26 1776 and Bagging the Fox: Trenton and Princeton January 2/3 1777.

The game has an easy rules set, playtime of 2 hours or less, and the pleasure of using wooden blocks for units. Wooden blocks provide a “fog of war,” and can be rotated during battles to keep track of losses easily. Series rules are based on New York 1776 game system so game mechanics will be familiar to owners of that game, though both games play very differently.