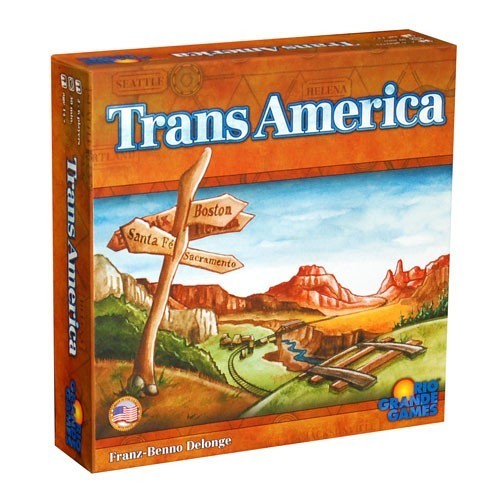 America in the 19th century: railroads are booming! Pioneer spirit and vision are everywhere. Everyone wants to be the first to build a railroad network across the country. Each player has five cities and tries to connect them with a shared network of tracks. As soon as a player has done this, the round ends. The other players lose points. At the end of the game, the player who has the most points left is the winner! Who will be the first to connect his cities? Is it Casey, who was the first t o build through the mountains to the west? Or Annie, who was the one who best made use of the others’ tracks?