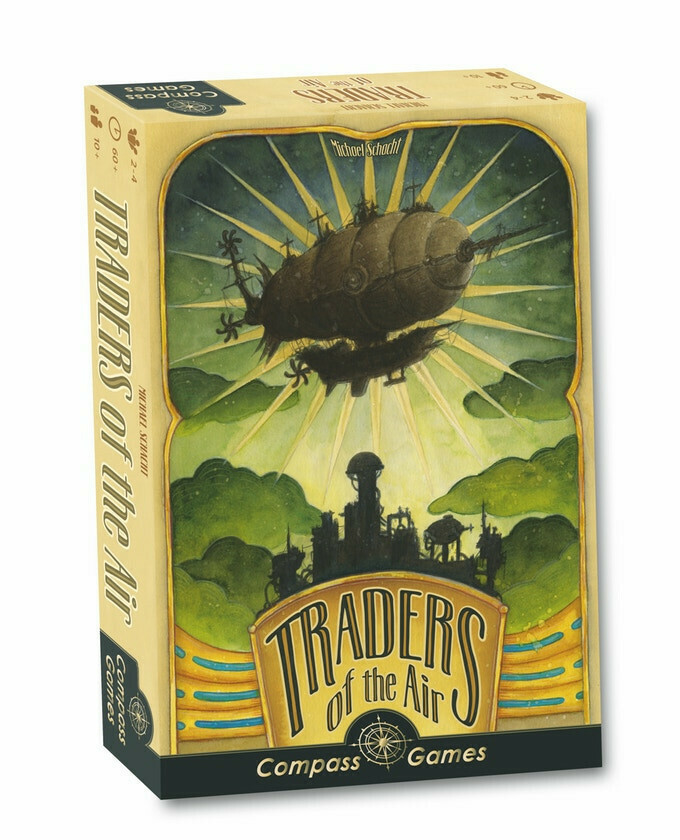 Traders Of The Air

Traders of the Air is a Steampunk Trading Game for two to four players based on a distant planet, which balances a great game design by award-winning game designer, Michael Schacht, with marvelous components throughout for everyone to enjoy! The game is similar to Michael Schacht's famous game Hansa! This version includes an additional map, promo Hansa items, and all new Variable Guild Powers. This game was featured and successfully funided on Kickstarter.

In Traders of the Air two to four players represent steampunk trading guilds on a planet far away, always on the lookout for an opportunity to acquire valuable goods.

Roaming the planet together in a steamship, the guilds need to set up networks of guild contracts on the planet's cities to resell the goods at the most advantageous times to increase power and prestige.

In Traders of the Air, each and every action counts; the game is mechanically quite simple yet difficult to play well!