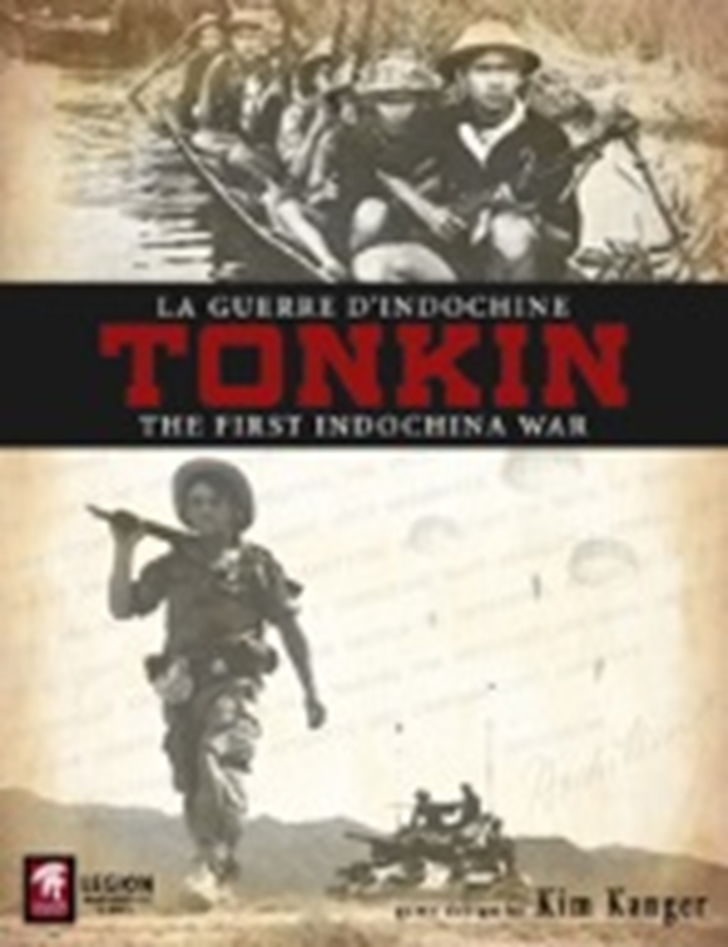 Tonkin is a two player game that covers the crucial period of the First Indochina War fought between the Viet Minh and France from 1946 -1954. The game focuses on the intensive years from 1950 - 1954 in the northern part of Vietnam, called Tonkin, and Laos. It is a game of high interactive play where both players have a set of ten operation points and a number of supply dumps. By spending operations points you will be able to perform different, mostly non-combat, actions. By expending a supply dump you will also be allowed to perform combat missions. But there will be a limited number of supply dumps to expend and they will also be needed to keep units in supply. When you spend operation points you will only be allowed to spend one, two or three points in a row before it is your opponents turn to spend his.

This creates a game where you, in a long term, will have to plan and save supply and at the same time be prepared to react to your opponent's actions. In the short term you will be forced you make decisions based upon the number of operation points you have been given to spend in a row and the missions you need to accomplish. Basically one point allows one action, so if you receive three points that would, for example, enable you to move, barrage and attack. But if you only receive one point you would be forced to consider a different strategy. A feeling of panic is always close at hand when you haven't got enough points. But, on the other hand, you might want to save some because if you spend your ten points too early your opponent will have a lot of points left to spend in a row and you will be unable to react. Believe me that will ruin your day.

The two sides have very different forces so you have to identify what you are good at and avoid getting into situations where your opponent will beat you on his backyard. The French units are strong. They have artillery and air support, plus they have a high motorization which gives them mobility in clear terrain. Viet Minh units move fast in bad terrain and they can ambush and fight with sudden ferocity.This is a game of high tension and tough decisions, and you will not be rewarded for ineptitude. It is won by controlling territory and by forcing the other player to replace and reinforce heavily and this is a balance you have to keep an eye on.