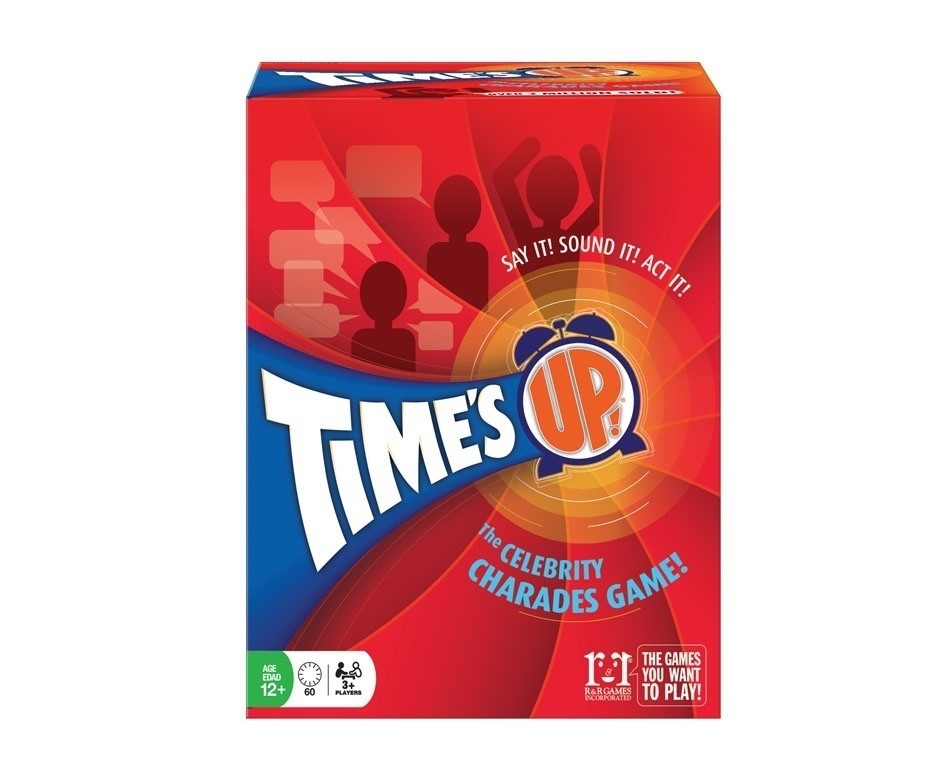 The party-perfect celebrity charades game that builds the laughter and excitement in three hilarious rounds. You have 30 seconds to get your team to guess as many celebrity names in the Deck of Fame as possible. Round 1, say or do anything; Round 2, use just one word; and Round 3, gestures only ... no words allowed! Comes with over 850 names, the basic sand timer, PLUS rules for a 4th round of "freeze-frame" fun and laughter! Winner of Party Game of the Year and a host of other awards!

OVER 4 MILLION TIME'S UP! SOLD!