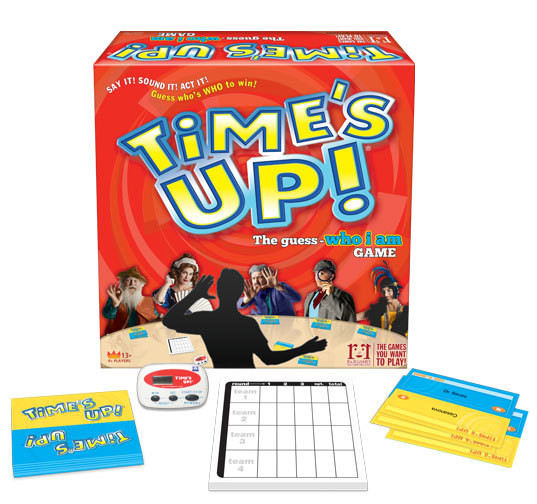 Say it, sound it, act it out! Time's Up® is the party-perfect celebrity charades game that builds up the laughs and excitement in 3 hilarious rounds. Time is ticking as you pair up and try to get your partner to guess as many celebrity names in the Deck of Fame as possible. Rounds get trickier as the game goes on. Can you describe Beyonce? How about in just one word? Great, but now it's round three ... BE Beyonce!