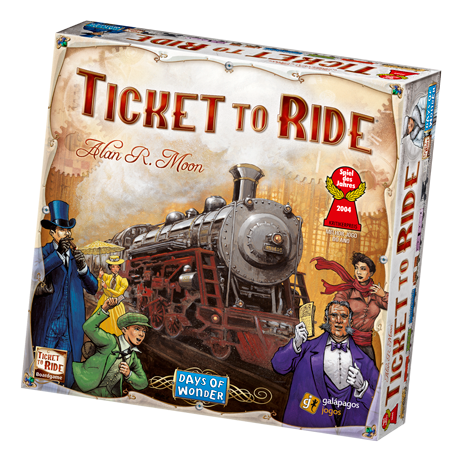 This award-winning game is one of the most popular board games in the world with over 3 Million copies sold. So climb aboard for some railroading fun and adventure!

The object of the game is to score the highest number of total points.

Points can be scored by: