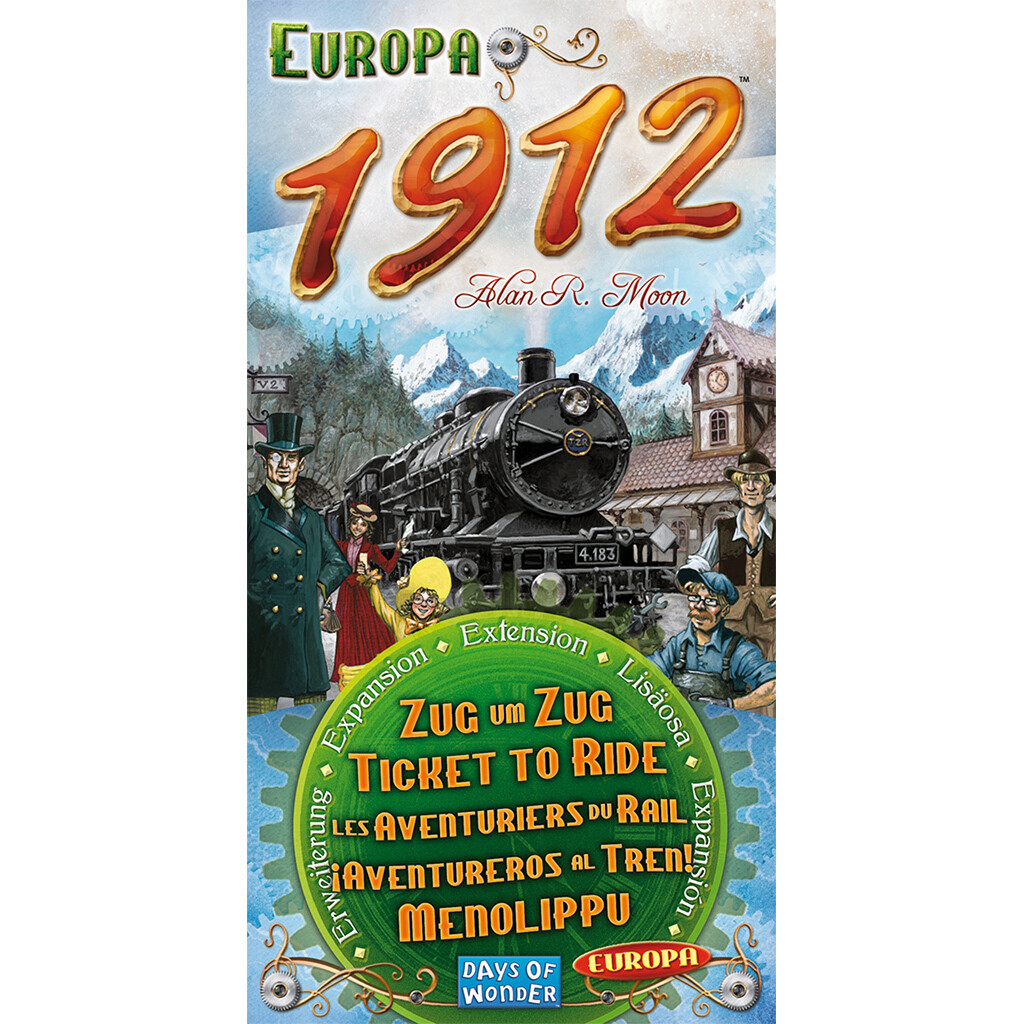 Europa 1912 also introduces Warehouses and Depots - two new game elements that bring an exciting new layer of strategy to all versions of Ticket to Ride.

An original copy of any complete game in the Ticket to Ride series is required to play with the new Warehouses & Depots rule. New Destination Tickets are for use only with Ticket to Ride Europe.