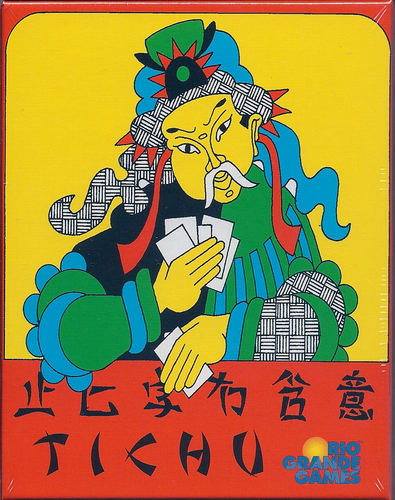 A Partnership Card Game for 3-10 Players.

It is simple to learn: one need only get rid of his cards. The basic game is played by two pairs of two partners each with the players of each team sitting opposite one another. During the game, the partners try to help each other score points and opportunities to lead. The game is played over several hands with the goal to be the first team to score a total of 1000 points. Although Tichu is primarily a partnership game for four, with the two packs of cards, Tichu is well suited for large groups too.