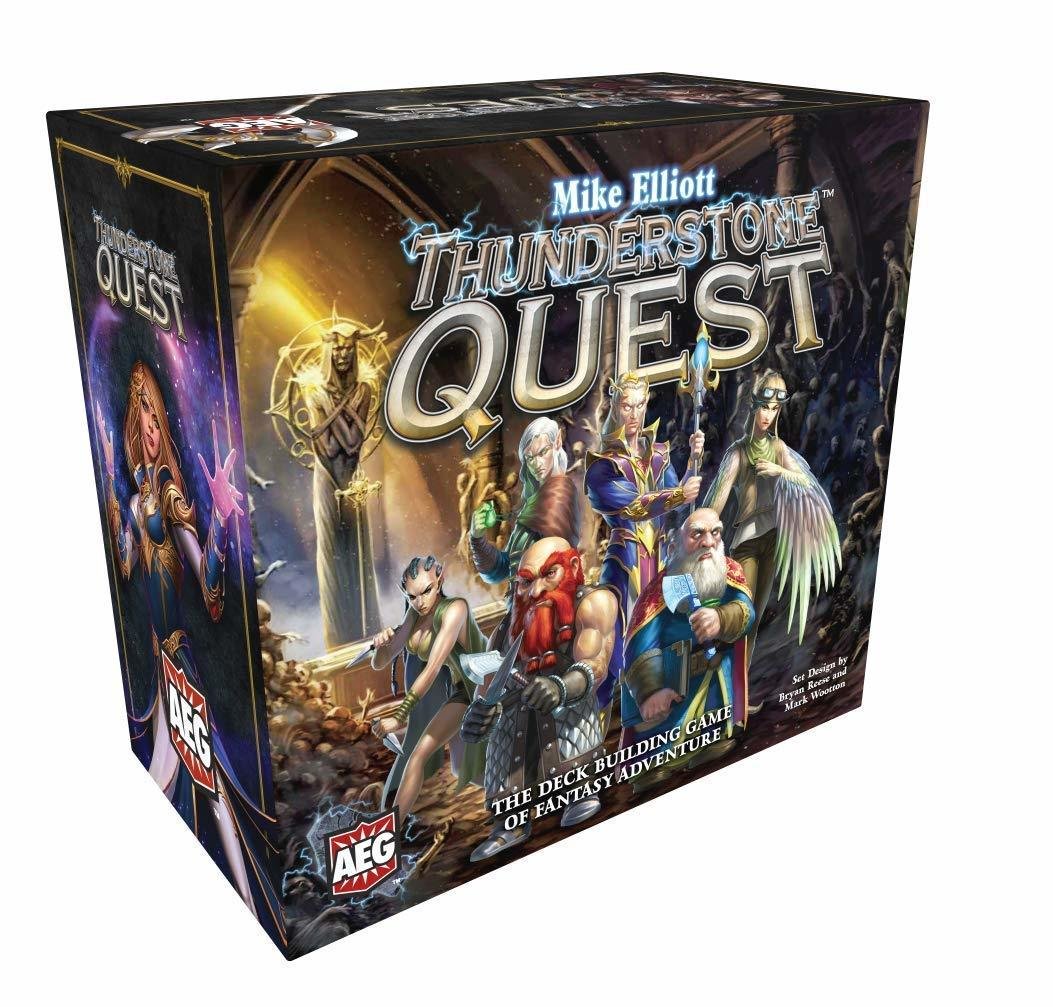 In Thunderstone Quest players assemble a party of adventurers and venture into the Dungeon where they’ll confront and defeat monsters to gain treasure and experience. They’ll find mysterious keys that unlock The Guardian and when the Guardian appears they’ll try to inflict as much damage as possible and win the game!

The Thunderstone Base Game includes the base game components and 2 Quests. (Q1: A Mirror in the Dark and Q3: Risen from the Mire).

Each Quest consists of approximately 245 cards and 6 Dungeon Tiles.

This is not the Champion Reward from the Kickstarters. This is a new retail-only package with fewer Quests.