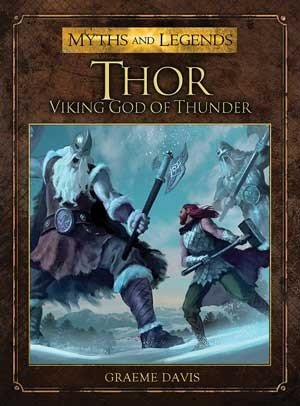 In the stories of the ancient Vikings, Thor is a warrior without equal, who wields his mighty hammer in battles against trolls, giants, and dragons. He is the god of storms and thunder, who rides to war in a chariot pulled by goats, and who is fated to fall in battle with the Midgard Serpent during Ragnarok, the end of all things. This book collects the greatest myths and legends of the thunder god, while also explaining their historical context and their place in the greater Norse mythology. It also covers the history of Thor as a legendary figure, how he was viewed by different cultures from the Romans to the Nazis, and how he endures today as a popular heroic figure.