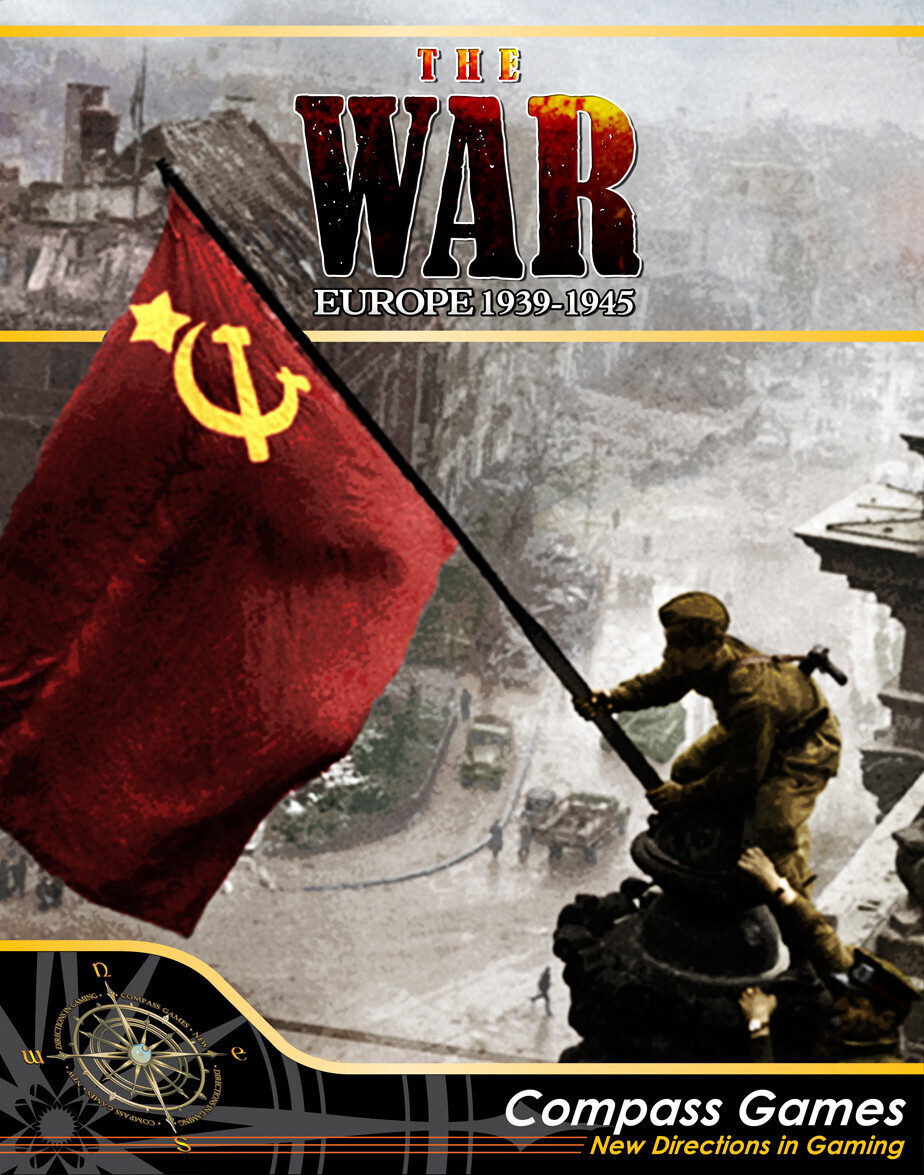 The War: Europe 1939-1945 (TW) is Compass Games’ new WWII strategic level game combining all the best features of the genre into an intuitive, challenging new game. While offering all the expansive features of the WWII Monster Game genre (such as U-Boat warfare, diplomacy, espionage, strategic bombing, jets, rockets and numerous variants for each Major Power), TW also offers tremendous scope in its 12 scenarios (see below).

Although not a card driven game (and thus a good candidate for solitaire play), TW includes card play for the U-Boat War, Strategic Bombing, Espionage and Counter Espionage and naval warfare. The cards add elements of bluff and surprise more traditional hex-and-combat-table games cannot. But they’re optional, so TW can be played solitaire in a way CDG’s and block games cannot. Between two (or more) skilled players, no two games are ever likely to be the same. For multiplayer games, up to five gamers can play Campaign Games as Italy, Germany, France, the U.S., Britain and USSR.

For the hard-core military and naval history buff, TW addresses the details of WWII strategy: what if the Germans really built the carrier Graf Zeppelin; what if Mussolini had upgraded the quality of Italian forces; what if Stalin hadn’t shot many of his best generals during the purges; what if the U.S. had entered the war earlier…or later; what if the British had been able to mobilize the Empire and the Dominions more effectively; what if the U.S. had developed the atomic bomb early enough to use in Europe, and so on.

Although the game is the result of extensive research by its designer, TW isn’t a simulation and isn’t intended to be. It’s a “gamer’s game” with quick, user-friendly combat systems on land, in the air and at sea. Veteran gamers familiar with classic WWII strategic level games should pick up the game very quickly. For new recruits, the short scenarios teach the basics, but can be played as stand-alone games in their own right. Both realistic and playable, TW should present a rewarding challenge for any WWII strategy game buff.