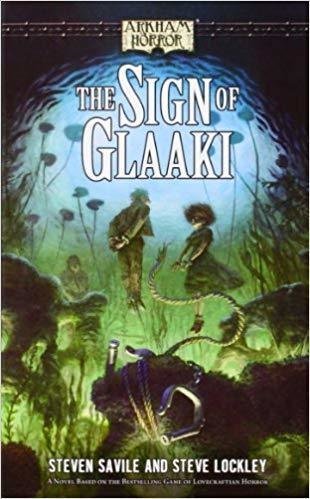 When an actress is brutally murdered on the set of a high-profile horror film, the list of suspects seems endless. After all, the movie’s ambitious young director has assembled an unsavory cast of circus folk and misfits, any one of whom might have committed the vile act. But when other bodies begin to appear, someone – or something – far more sinister than a mere murderer is clearly at work. Now, one of the twentieth century’s most influential authors will team up with history’s greatest escape artist, as they navigate the secrets and supernatural horrors of the small New England town of Dunwich!

An all new standalone novel, written by internationally bestselling authors Steven Savile and Steven Lockley, The Sign of Glaaki pits escape artist Harry Houdini, and author Dennis Wheatley, alongside a cast of familiar characters from the Arkham Horror universe against ancient evil!