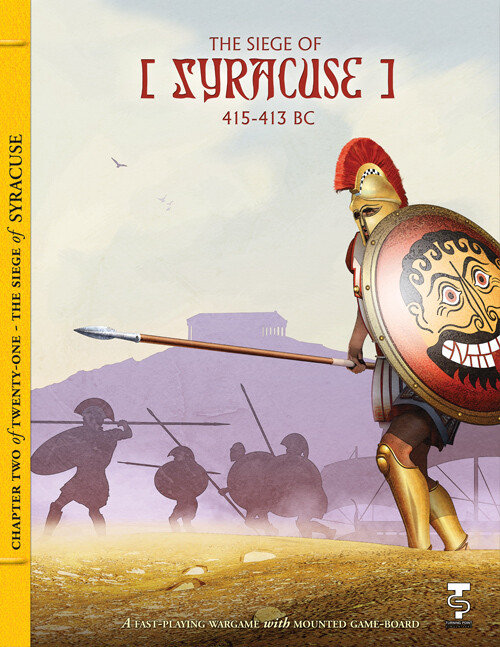 "The Romans knew not…how deeply the greatness of their own prosperity and the fate of the whole Western world were involved in the destruction of the fleet of Athens in the harbor of Syracuse.”

Say what? The ‘fate of the whole Western world?’ Syracuse? How?

Simple. If the Athenians had taken Syracuse, during their invasion of 415 BCE, they would have captured Sicily and become a major superpower. They would dominate the Italian boot as well, and make it much harder for a city-state named Rome to expand.

Maybe one of the oddest things about the lengthy Peloponnesian War is that, after decades of balance, the Athenians actually lost it with a campaign well away from the Greek mainland.

The Athenians have a mighty host of fleets and men, filled with confidence. The Syracusans have a long history of clinging to their independence (and powerful allies coming to foil Athens).

Combat units include cavalry, light troops, peltasts, and the heavily armed hoplites—the backbone of both sides’ armies. You the players can decide your best approaches for attack and defense, selecting from pitched battles or skirmishes…or building miles of siege walls.

Can you extend the Golden Age of Athens or maintain the freedom of the most powerful city in the mid Mediterranean?