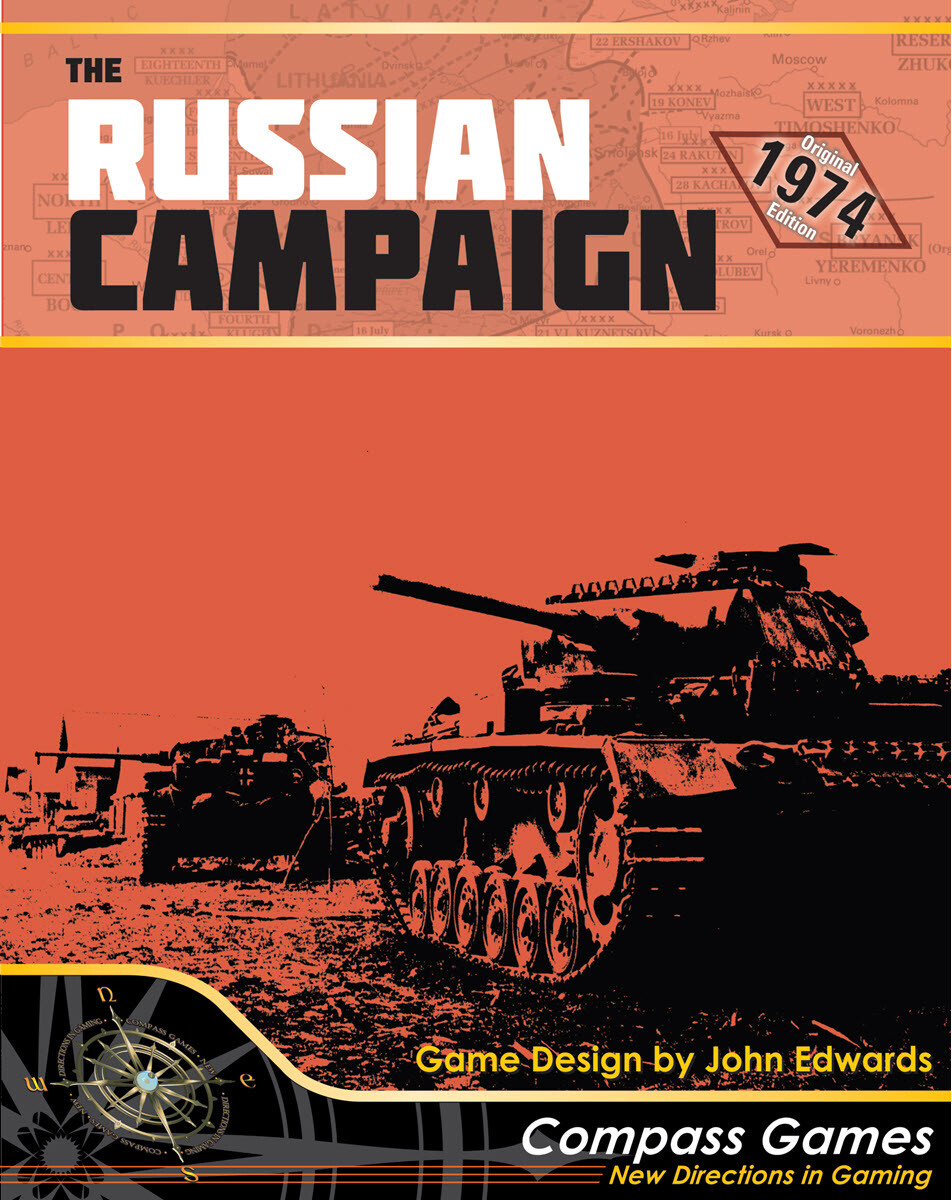 The Russian Campaign, Original 1974 Edition is a true wargaming classic that serves as a great introductory wargame.

On the 18th of December, 1940 Hitler issued “Fuhrer Directive No. 21” code named Barbarossa, which said “The Soviet Union is to be crushed in one swift campaign before the war ends with England”. The German leaders were confident that the victory in Russia would be swiftly won and the risk of a prolonged two front war would be short lived.

Losing one valuable month of good weather while his forces invaded the Balkans, Hitler finally launched Operation Barbarossa on the 22nd of June, 1941. Over 3 million German soldiers, most of them veterans of the victorious German campaigns in Poland, France, and the Balkans, launched a blitzkrieg style invasion against 2 million Russian defenders. The initial advance was fantastic, hundreds of thousands of prisoners were taken and before long the motorized columns were outrunning the rest of the army.

As Army Group Center sped towards Moscow, Hitler decided on a change of plan. He moved Guderian’s Second Panzer Army away from the center and ordered it to link up with Army Group South behind Kiev. This surrounding operation captured over 600,000 prisoners but delayed the attack on Moscow by 5 weeks. These 5 weeks of good weather could not be regained and the Germans arrived at the gates of Moscow as the winter set in. This army was not equipped for winter conditions or a prolonged campaign.

The Russians meanwhile had called up more than 2 million trained reservists and on the 6th of December they counterattacked the weakenedGermans and in the next month pushed them back from Moscow. The Germans only real chance of victory, the short violent campaign, was over and the fortunes of war as time as time was to go on would turn more and more against them.

In this game the more mobile German army must strike quickly, and if the attack fails, must conduct a mobile defense for the Russian player can lose the game while attacking. The flavor of the campaign is captured with simple rules covering weather effects, rail movement, sea movement, HQ units, Stuka units, Russian paratroopers, combat supply and isolation, Russian partisan activity, replacements, and automatic victory conditions to help recreate a tense and action-packed gaming experience that you can complete in a single sitting.

Recognized as one of the finest wargames ever published and winner of the 1976 CSR Awards. Enjoy this remake of the original 1974 Jedko game covering the Eastern Front during World War II that is short on rules and playing time. Relive a true wargaming classic with rules that are easy to learn, yet require cunning strategies to achieve ultimate victory. An ideal wargame for beginner’s, The Russian Campaign also serves as a fast-playing, tense contest for experience gamers.