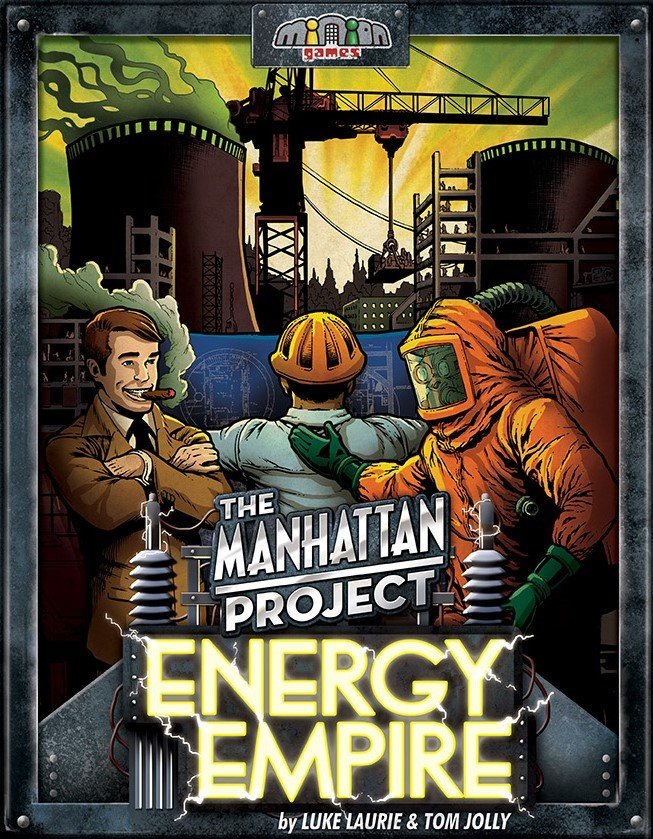 World War 2 has become a memory, and global power is shifting as modernization changes the world. Nations scramble to upgrade their energy production to keep up with the rapid growth. The price of oil is going up, and nuclear energy is the wave of the future.

In Energy Empire, each player takes control of a nation vying for power in the second half of the 20th century. They build up their nation’s industry, commerce, and government by acquiring resources, building structures, and tapping new sources of energy.

The major threat in Energy Empire is not war, but uncertain global impacts that affect all nations. Your actions come with a cost. As nations become more industrious, they also increase the amount of pollution in the environment. Careful use of science can reduce the harmful effects of industry, and help avert a global crisis.

Manhattan Project: Energy Empire is a standalone game in our "Manhattan Project" line of games. It shares many of the same mechanics from the original top 150 award winning game, but with less "take that" actions. Designed by established game designers Luke Lurie and Tom Jolly.