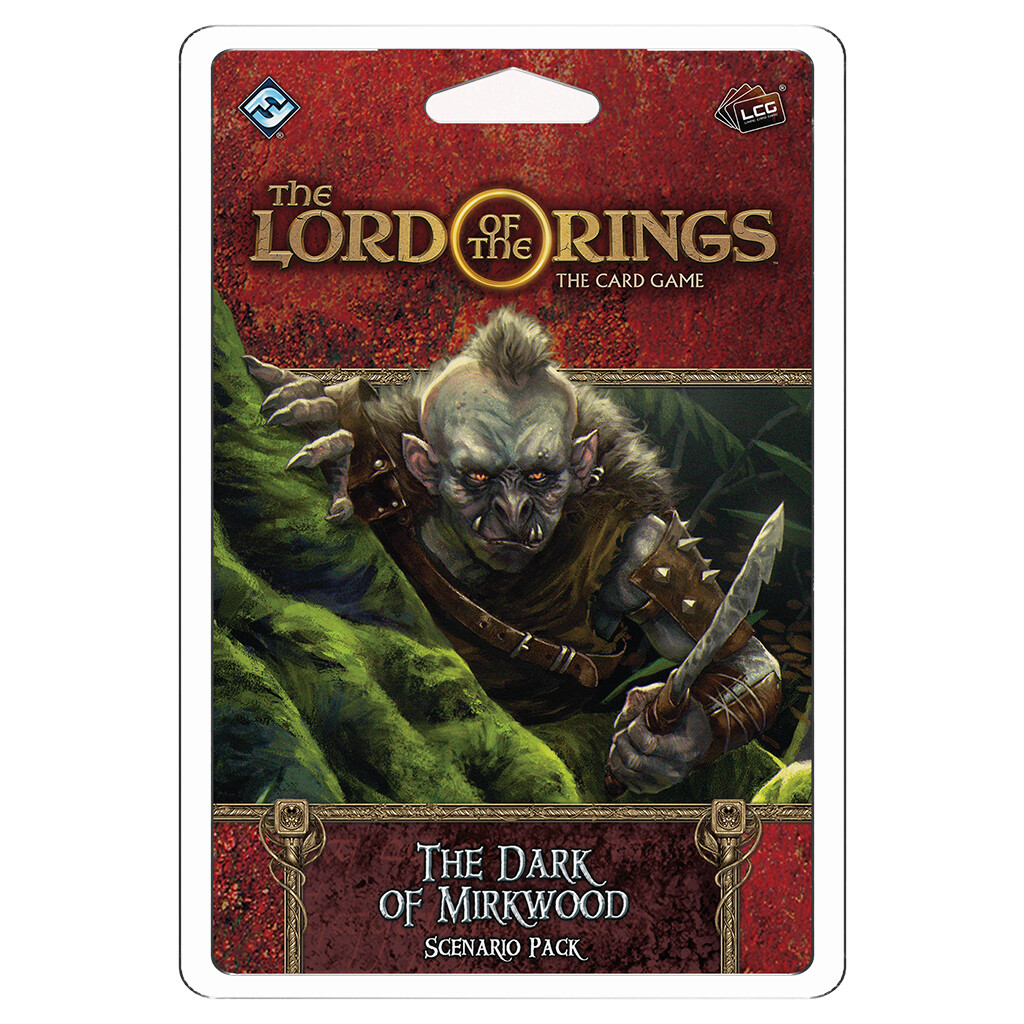 The Lord of The Rings: The Card Game - The Dark of Mirkwood Scenario Pack

Brave the perils of forest and cave in The Dark of Mirkwood, an 82-card expansion for The Lord of the Rings: The Card Game that features two scenarios! A group of wicked Goblins have raided a settlement on the eaves of Mirkwood, taking the woodmen as their captives. Pursue them into the forest in The Oath, and venture deep into their lair to perform a daring rescue in The Caves of Nibin-Dǔm.

These scenarios can be played by 1–4 players, either as standalone adventures or as an extension to The Lord of the Rings: The Card Game revised core set campaign.