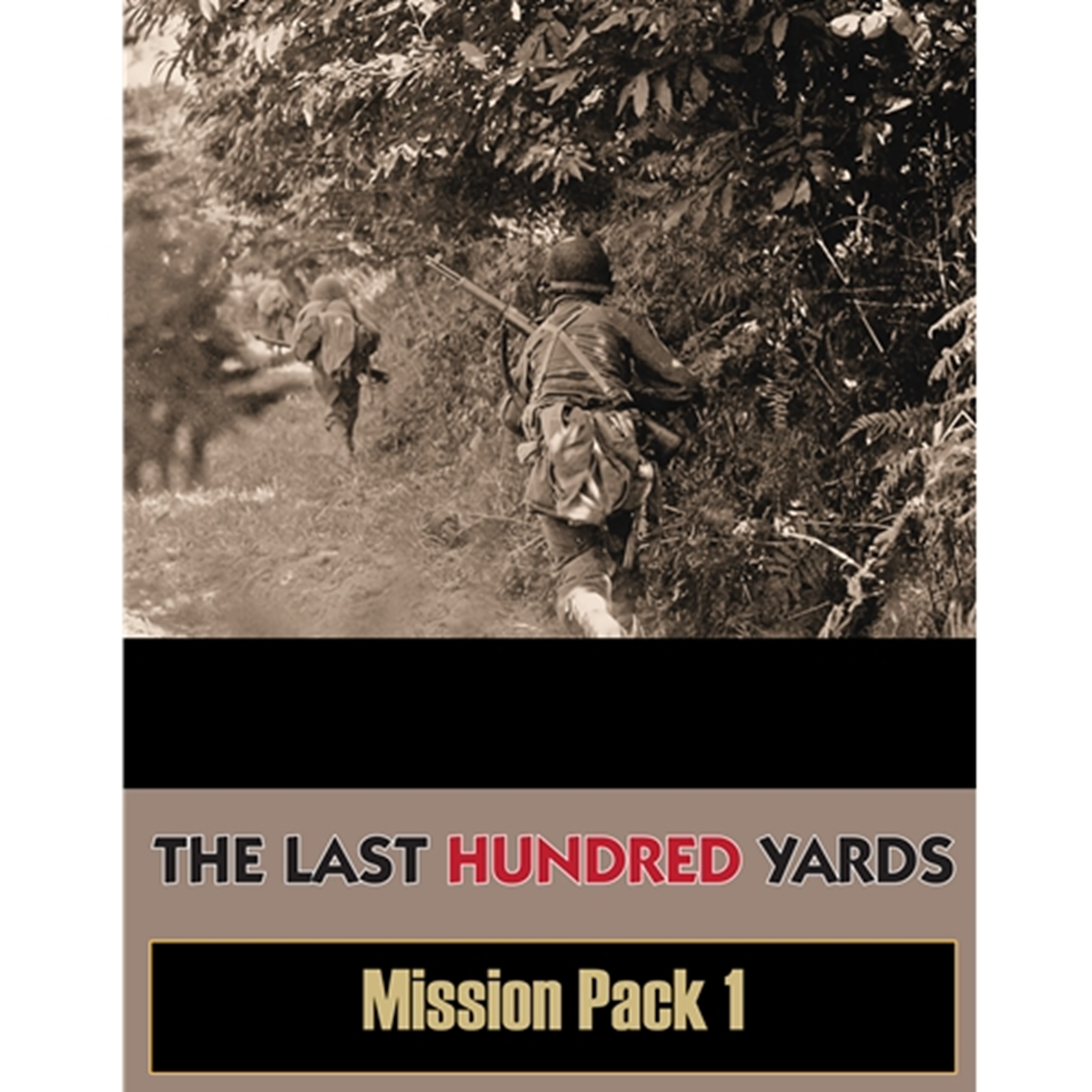 The Last Hundred Yards Mission Pack #1 builds on Volumes I and II focused on the Allied campaigns in Western Europe. The Pack contains ten Missions that occurred in 1944 during the Normandy pre-breakout and breakout phases in July/August, the Hurtgen forest in November, and the Battle of the Bulge in December.

Join the 2nd Division’s 23rd infantry regiment and experience what Allied soldiers termed “Hedgerow Hell” as it drives through “Purple Heart Draw” to take Hill 192 against the 3rd FJ regiment. The overall goal was to cut the St. Lo-Bayeux highway, a task that was critical for protecting the east flank of the 3rd Army’s breakout from Normandy along the west coast.

Finally, see if you can do better with outnumbered Allied troops who were tasked with taking or holding, what seemed to them, pointless objectives during the Hurtgen Forest and the opening stages of the Battle of the Bulge campaigns.

This volume introduces new weapons and terrain including Rhino tanks, hedgerows, and sunken roads. Each mission provides challenges with different elements, forces, and situations, making this volume an exciting addition to The Last Hundred Yards Series.