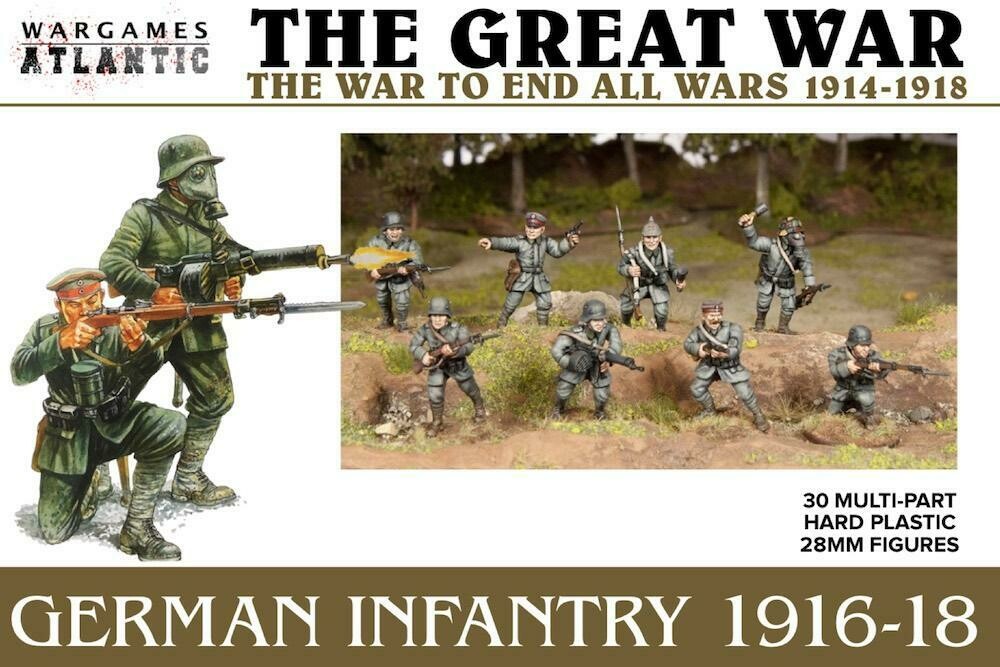 The war that would be over by Christmas 1914 drags on. Soldiers on both sides are confronted by the grim reality of modern war: trenches, barbed wire, machine guns, and poison gas. Still, battles must be fought and won at any cost.

This hard plastic box set allows you to build up to 30 German infantry equipped with rifles, MP-18, MG-08/15, grenades, pistols, and hand-to-hand weapons. We have also included enough heads to outfit every figure with stahlhelm, helmets with gasmask, feldmütze (field cap), or pickelhaube.

Some bodies have been left without rifle ammunition pouches so that you can turn them into officers but there are separate pieces to allow every figure to be a standard rifleman as well. 10 loose grenades per sprue so you can go full-on trench raiding!