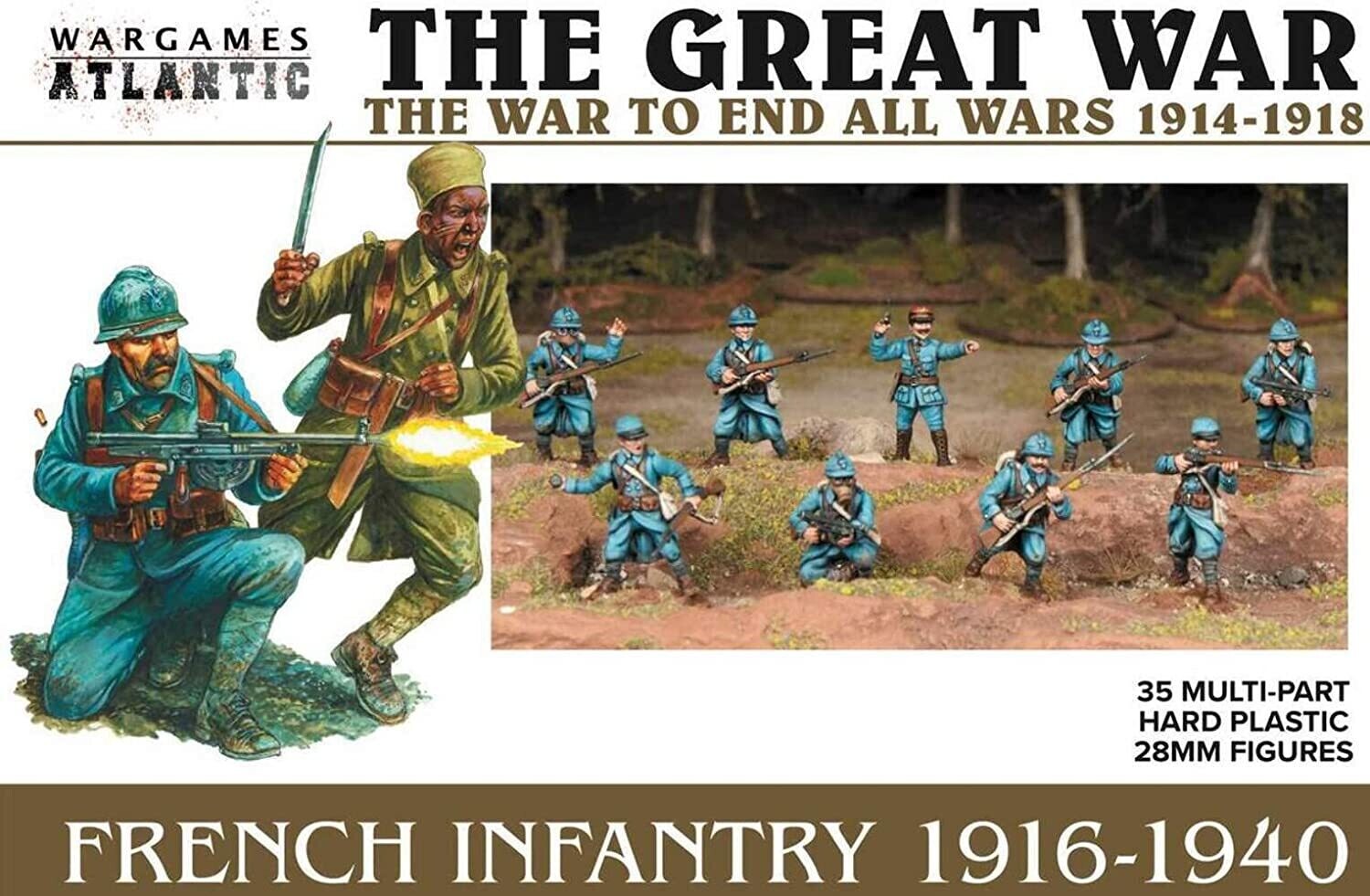 “They Shall Not Pass!” the French battlecry adopted after Verdun.

This hard plastic set allows you to build up to 35 French infantry equipped for either World War One or World War Two (with enough of each type of rifle and heads for all figures in the box).

You can also build the famed Harlem Hellfighters or the Senegalese Tirailleurs, the colonial infantry who fought in both wars. Lebel and Berthier rifles, Chauchatt and FM 24/29, VB rifle grenades, command options and more make this a complete set to bring the French to life in the first half of the 20th Century on the battlefields of Europe and around the world.

There are two sprues in the set: a full and a half and each box has five of each.