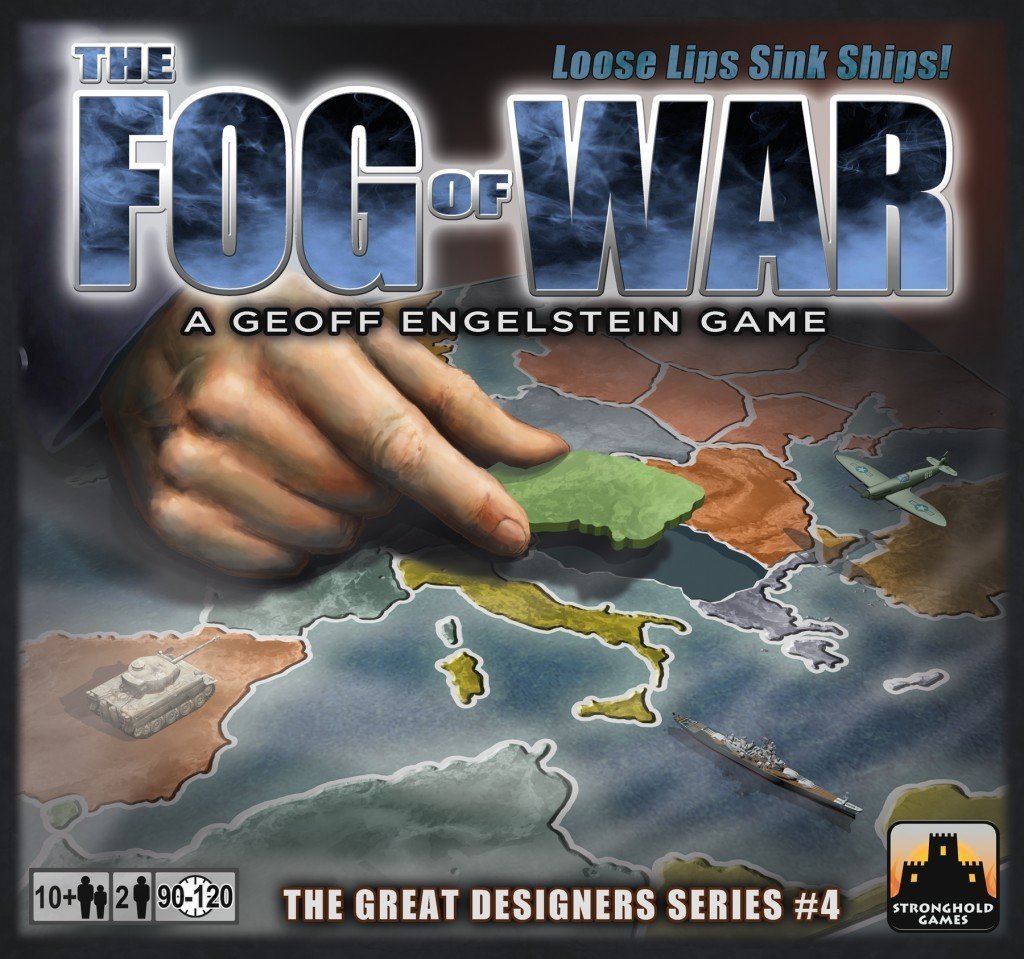 The Fog Of War

For months you''ve been planning and gathering forces for the largest invasion of the war. Your opponent knows that you are preparing a major strike, but do they know where? Suddenly you receive reports that a spy has gained information about your operation, and the enemy shifts their defensive forces. But do they know the full extent of your plans? Should you call off the invasion and plan for a new attack? Or risk disaster against a prepared enemy?

The Fog of War is a two-player grand strategic game covering the European theater of World War II from 1940 to 1944. One player plays the Axis forces, and the other the Allies.

The game does not have units that move around a map; instead the game focuses on the planning and intelligence aspects of the war. Each player has a deck of cards that represent the army, navy, and other assets of their nations. A map shows the 28 land and sea provinces over which the players are battling.

You defend a province by placing cards face down on the map. If you wish to attack a province, you must plan an "operation" to do so by creating one on your operation wheel. The wheel is a unique way of forcing players to commit to operations in advance, while giving opportunities for intelligence gathering and bluffing. An operation consists of a province card that shows the target of the operation, plus one or more cards to conduct the attack. All of these cards are placed face down, so your opponent does not know the target of the operation or the strength of the cards that are taking part. Each turn, the dial on the operation wheel is rotated by one position. This controls when an operation can be launched and any attack or defense bonuses that apply.

In addition to combat forces for attack or defense, you may also spend Intel tokens to look at your opponent’s operations and defenses.

The Fog of War is designed by the renowned game scholar, game podcaster, and game designer, Geoff Engelstein. This is Mr. Engelstein''s first solo design, having co-designed several games previously with his children, Brian and Sydney Engelstein, most notably Space Cadets, Space Cadets: Dice Duel, and The Dragon & Flagon. For Geoff Engelstein''s contributions to the board game hobby, The Fog of War has been designated in the Stronghold Games The Great Designer Series - #4.