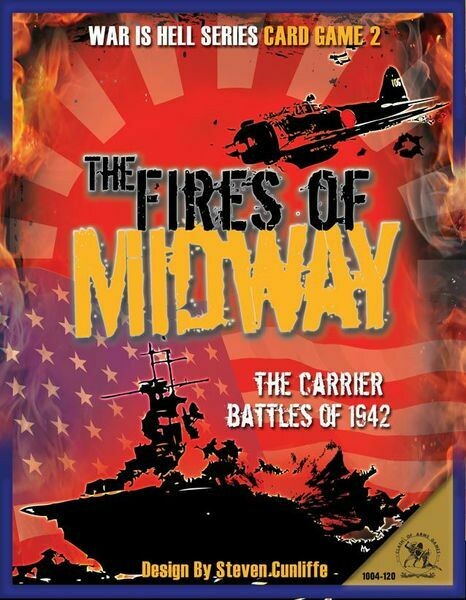 The Fires of Midway: The Carrier Battles of 1942

The Fires of Midway - is the 2nd game in Steven Cunliffe's "War is Hell" series. Like its predecessor, "The Hell of Stalingrad", revolutionary mechanics drop you right into the seat of action as either Admiral Yamamoto of the IJN or Admiral Nimitz, USN. You make the strategic decisions that lead to the fierce battles deciding the outcome of World War II in the Pacific.

The Fires of Midway explores in separate scenarios the four major carrier battles of 1942: Coral Sea, Midway Island, Eastern Solomon’s and Santa Cruz. Also included is a campaign game linking them all together in which players must husband their assets not knowing which of these battles, if any, will yield the decisive result and turn the tide of war in their favor - as the historical battle of Midway did. Also included is a "what if" carrier battle for Wake Island, and a solitaire scenario of the Marianas Turkey Shoot. Scenarios can be played in as little as 40 minutes, up to 4 hours for the entire campaign