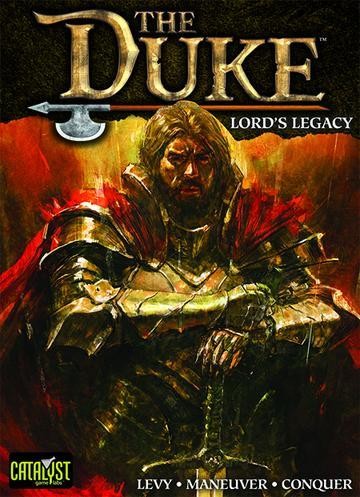 The politics of the high court are elegant, shadowy and subtle. Not so in the outlying duchies. Rival dukes contend for unclaimed lands far from the king's reach, and possession is the law in these lands. Use your forces to capture enemy troops before you lose the chance to claim the land for yourself.

In The Duke, players move their troop tiles around the board and flip them over after each move. Each tile's side shows a different movement pattern. If you end your movement in a square occupied by an opponent's tile, you capture it. Capture your opponent's Duke to win!