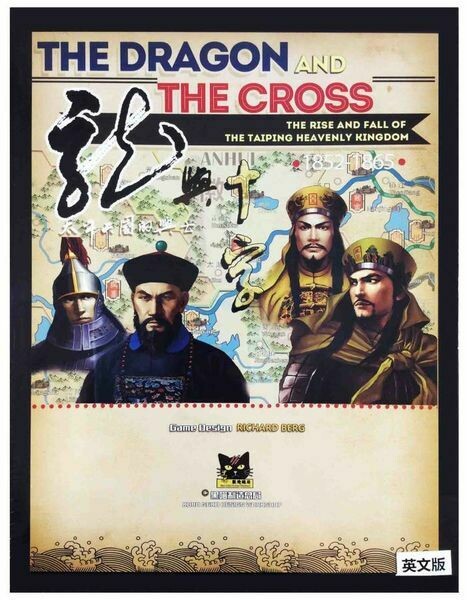 The Dragon and The Cross: The Rise and Fall of the Taiping Heavenly Kingdom, 1852-1865

From 1852 to 1865, one of the most massively brutal wars in history was fought in and for China: The Taiping Rebellion, which resulted in over 20 million casualties. It had major religious connections as its leader, Hong Xiu-Quan, believed he was the brother of Jesus Christ. He thus founded The Dynasty.

Eventually many Europeans were drawn into the war, including the famous Charles "Chinese" Gordon.

The DRAGON & THE CROSS game, designed by Richard Berg and produced by Kuro Neko Workshop in Shanghai, includes a huge 40" x 28" game map, over 500 beautiful counters, a deck of play cards with photos and pictures from the years of the rebellion, colorful charts and tables, and a stunning box, all of which provide a wonderfully evocative image of this event for game players.

Rules booklet note: The game is suppose to come with English rules. However, we have now had two instances where only Chinese rules were in the box. We have been able to replace these quickly by working with the distributor / publisher. If you do not receive English rules let us know and we will facilitate a copy to be delivered to you.