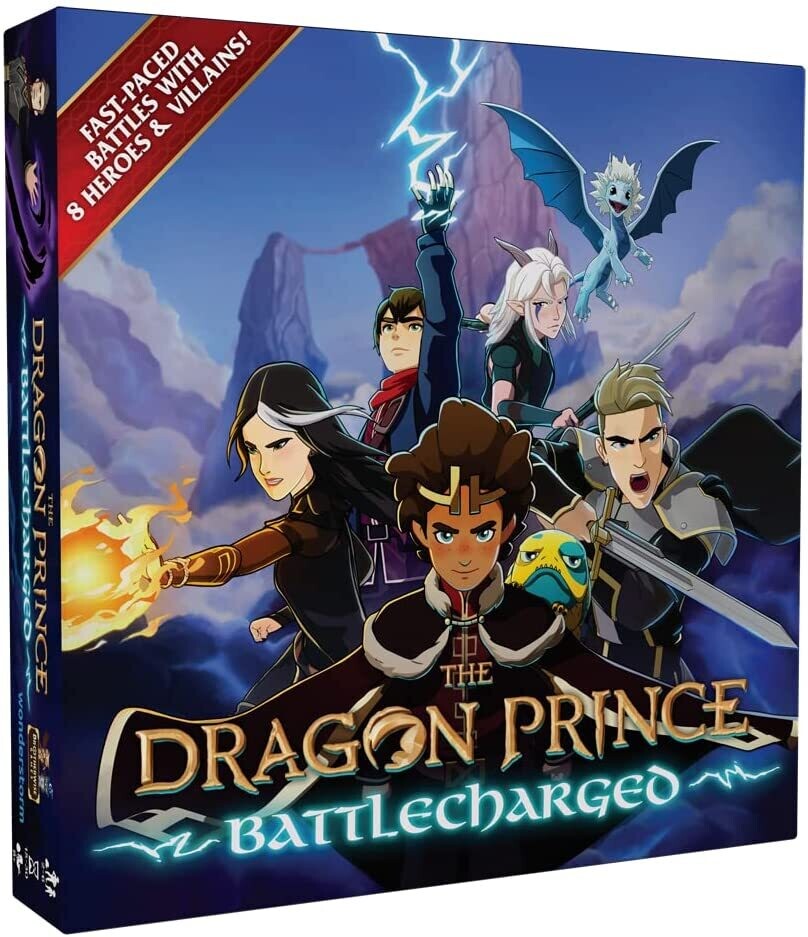 Fight for the future of Xadia in The Dragon Prince: Battlecharged from Brotherwise Games! This fast-paced tactical miniatures game is set in the world of Wonderstorm’s Emmy® Award-winning Netflix original series. For every fan of this epic series, and anyone who loves exciting tabletop combat, Battlecharged is a must-play!

Choose from 8 iconic characters to build your team. Each hero has their own premium miniature, action deck, and unique play style! Rayla, the agile Moonshadow elf, gains energy when she flips in and out of combat. Callum builds Sky magic combos to send his opponents flying. Soren, the Crownguard, charges up to defend his allies when they're attacked.

The Dragon Prince: Battlecharged is a game of exciting tabletop combat where every hero has a fighting style based on their skills and personality! Melee combatants like Rayla and Amaya charge into battle, while spellcasters like Callum and Claudia take time to unleash dramatic attacks. Each hero has a different technique for gaining energy: Soren is a defender who charges up when you attack him or an ally, while Ezran is a pacifist and leader who gains energy when he doesn’t attack. Your strongest cards take more energy to play, so you’ll need to master each character’s unique style!

For hobby gamers, it’s a fast-paced but surprisingly deep approach to miniatures skirmish play that’s a blast even if you don’t know the series! For fans of the epic animated series who aren’t experienced tabletop players, it’s been designed to be easy to learn and teach.