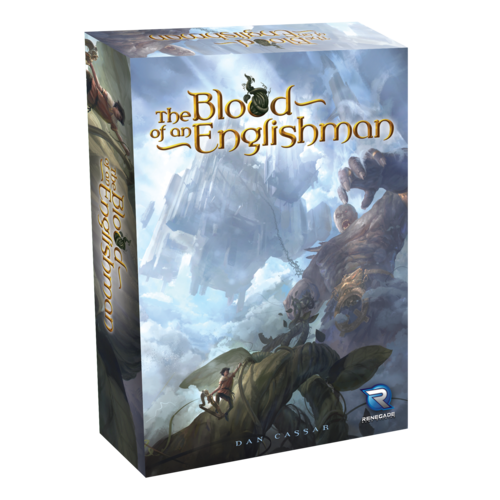 The Blood of an Englishman

Steal the treasure to survive as Jack or rid your castle of the thieving beggar as the Giant in this tense asymmetrical two-player game!

“Fee Fi Fo Fum! I smell the blood of an Englishman!” roared the giant as he crashed through the vines. Jack, with one arm around his precious stolen harp and the other grasping the beanstalk, felt the rush of danger. Will he make it to the bottom in time to chop down the leafy ladder or will the giant successfully catch the thieving beggar?

In The Blood of an Englishman, players take on the role of either Jack or the Giant. The Giant must maneuver the Fee Fi Fo and Fum cards while Jack tries to create three bean stalks to steal the bag of gold, the Golden Goose, and the Singing Harp. Each player has different available actions and must carefully arrange the cards to achieve their goal. Are you brave enough to face your fate?