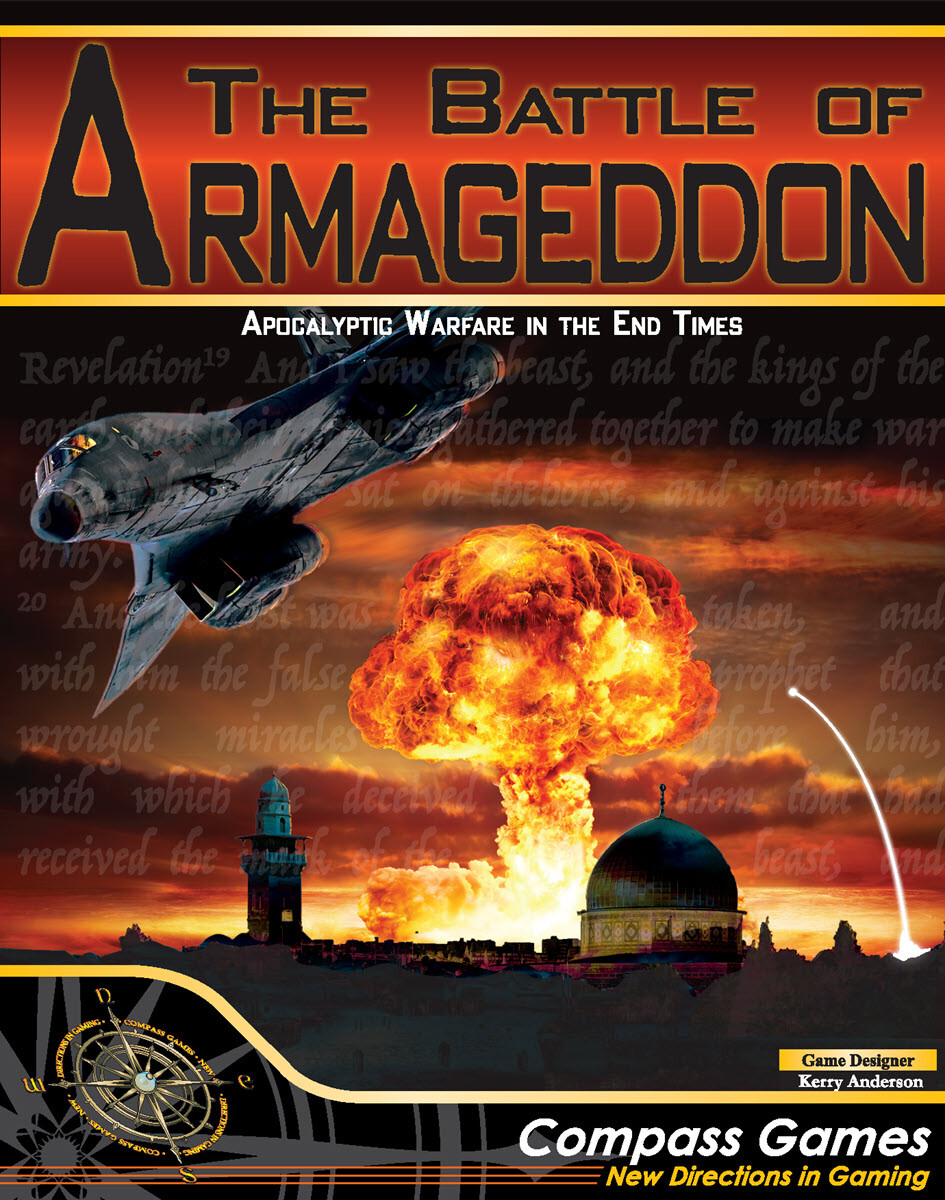 The Battle of Armageddon

“The sixth angel poured out his bowl on the great river Euphrates, and its water was dried up to prepare the way for the kings from the East…

“Then they gathered the kings together to the place that in Hebrew is called Armageddon.”

The Bible contains prophecies about the final days, describing how the armies of the World will fight the final battle and that without divine intervention, no life shall be saved (Matthew 24:22). Certain Biblical scholars have described how closely these prophecies correlate to our modern times and put forward scenarios for this climactic battle.

THE BATTLE OF ARMAGEDDON is a 2 to 6 player game dealing with this final battle. The game brings together the forces of the World into the ultimate battle for control of the Earth:

Players maneuver their armies across the map and resolve battles using the battle dice. Event cards are drawn each turn, giving players special powers or weapons of mass destruction, but they can also bring on apocalyptic events. Ultimately, the player who best manages the chaos and controls Jerusalem at the end of the game wins!

The Battle of Armageddon provides a simple but challenging game system suitable for both seasoned and casual players. Players are forced to adjust their strategy depending on rapidly changing conditions as dictated by the event cards. Combat is bloody, yet managed quickly and decisively through the battle dice. Players must manipulate allies and opponents to achieve the goal of capturing the Holy Land