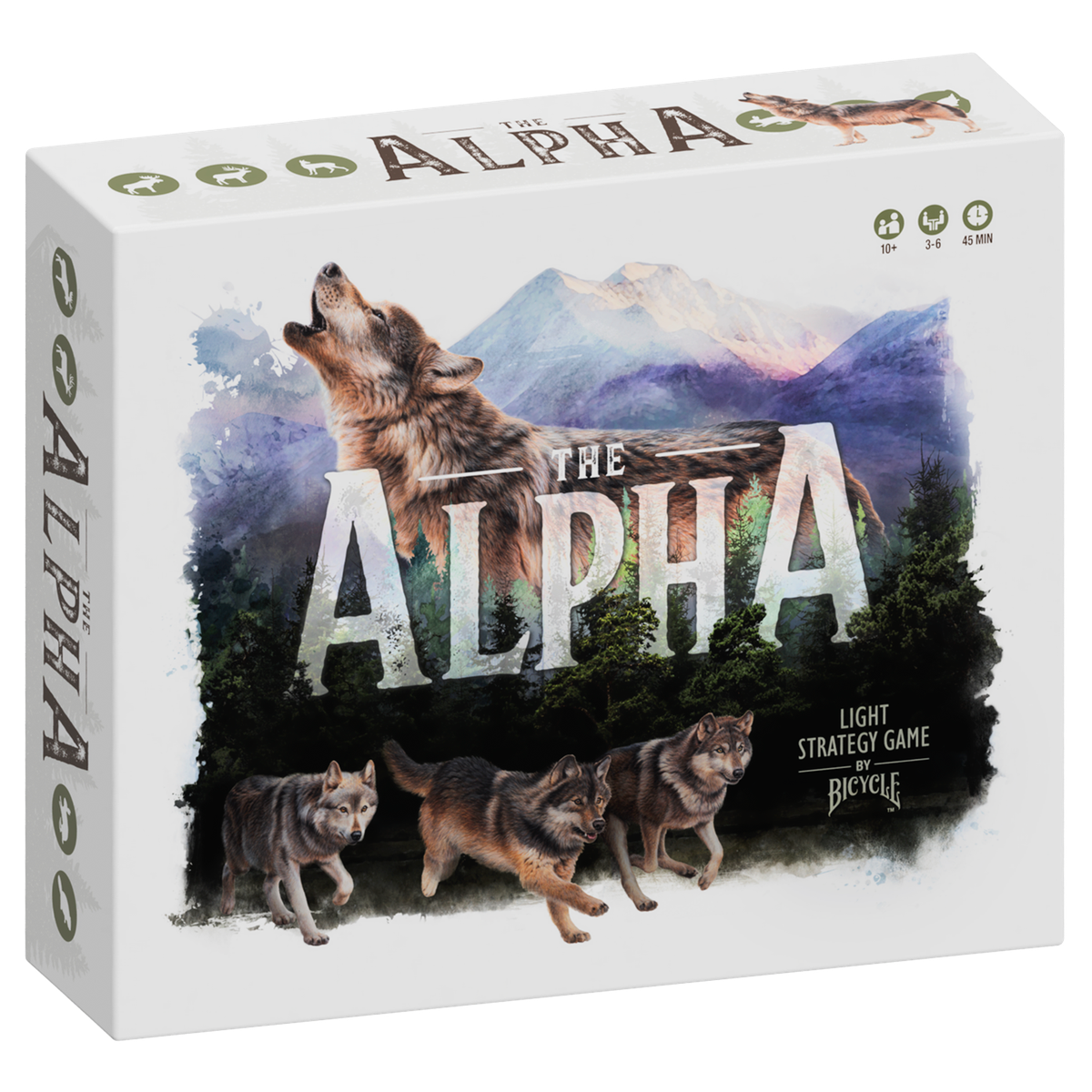 In the Alpha, players control a wolf pack, leading wolves on a search for food. The Near Forest includes easier to catch, but lower value prey. The Far Forest has larger prey that are more difficult to attack, but if successful can result in great reward.

You will lead your wolves through four stages of the hunt:

At the end of 5 weeks (rounds), the wolf pack with the most food will be declared The Alpha.