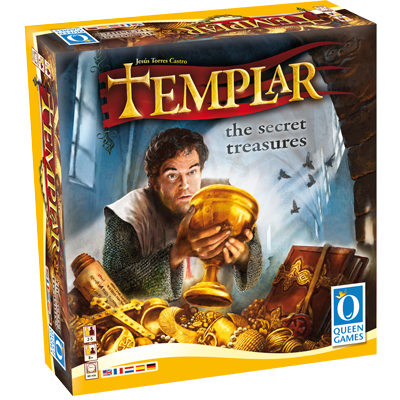 The Templar Order has been destroyed by Philip the Fair, but a few of the Knights Templar have survived in a small remote abbey. They help the players collect the valuables of the former Order – valuables that had been widely dispersed – and stash them in secret places in the abbey.

Templar: The Secret Treasures is an exciting family game in which everyone tries to stash as many valuables as possible, but only the player who succeeds in being recognized for his efforts will score lots of victory points and win the game.