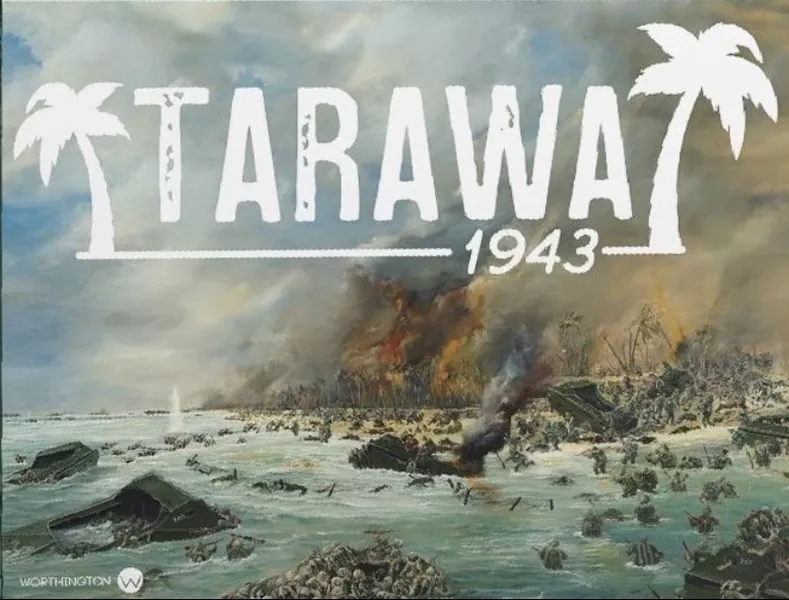 You must adapt, overcome and improvise as the Japanese are going to fight to the end.Japanese defenses, overlapping fields of fire, bunkers, trenches, will present enormous challenges to your Marines. Infiltration of the Marine positions, snipers, and relentless banzai attacks will wear on the cohesion of your battalions as you rapidly try to secure the island.

You will find us always on the job

Victory is achieved by taking the island as quickly as possible while minimizing casualties. This was the first invasion of the US island hopping strategy and high losses or a prolonged fight could have led to a cancellation of the island hopping campaign.

The game is on a unique underdone topic, island fighting in the Pacific. Using a simple, fast moving system, you'll be in and fighting within 15 minutes of opening the rules. The game requires minimum setup and breakdown (always a pleasure).

The Battle of Tarawa took place in the Pacific Theater of World War II that was fought on 20–23 November 1943. It took place at the Tarawa Atoll in the Gilbert Islands.Nearly 6,400 Japanese, Koreans, and Americans died in the fighting, mostly on and around the small island of Betio, in the extreme southwest of Tarawa Atoll.

The Battle of Tarawa was the first American offensive in the critical central Pacific region. It was also the first time in the Pacific War that the United States had faced serious Japanese opposition to an amphibious landing.Previous landings met little or no initial resistance, but on Tarawa the 4,500 Japanese defenders were well-supplied and well-prepared, and they fought almost to the last man, exacting a heavy toll on the United States Marine Corps. The losses on Tarawa were incurred within 76 hours.

Combat and movement activation is from position to position along the arrows.Normally only markers from one side or the other may be in a position, however, Infiltration may allow Japanese markers to move into USMC occupied positions, at which point they must be eliminated to allow further activations.

Each position has an area for up to 3 markers, movement/attack arrow/position priority # (in red) and the position name. Red Beach 1 (position 1) is a tough nut to crack.

The USMC cards add to the USMC players options, some add dice as support to attacks, some allow the adjustment of a die face, some allow multiple battalions to activate, however "bad intelligence" will slow your drive and allow the Japanese AI a double activation.

The Japanese cards will trigger unit actions for the Japanese based on positions on the island, normally based on a priority of fighting the Marines as close to the beach as possible. Numerous prepared defenses were on the island as the Japanese had been preparing for a year.

The cohesion track for each battalion will have a marker on it that is moved up and down based on activations, combat, and regrouping. Once a battalions cohesion gets too low (below 6) an exhaustion check is made that could put the battalion out of action until it recovers some cohesion. The battalion track above is for the 1st, 2nd, and 3rd battalion of the 2nd Marine Regiment led by Col. David Shoup.

As a battalion is activated it reduces its cohesion (reflecting wear and tear, exhaustion).Battalions are further reduced in cohesion due to Japanese attacks and the marines "pushing their attacks".

After the USMC player finishes their activation, the Japanese turn begins with the flip of a card.From this the USMC player will face fire attacks, banzai attacks, bunkers, cross fires, infiltration, and more.The card engine will ensure an ever changing game and no two will play the same.

The game will give the historical starting invasion site, however, we have included the alternate "south beach" landing possibility, that the Japanese had expected and prepared.