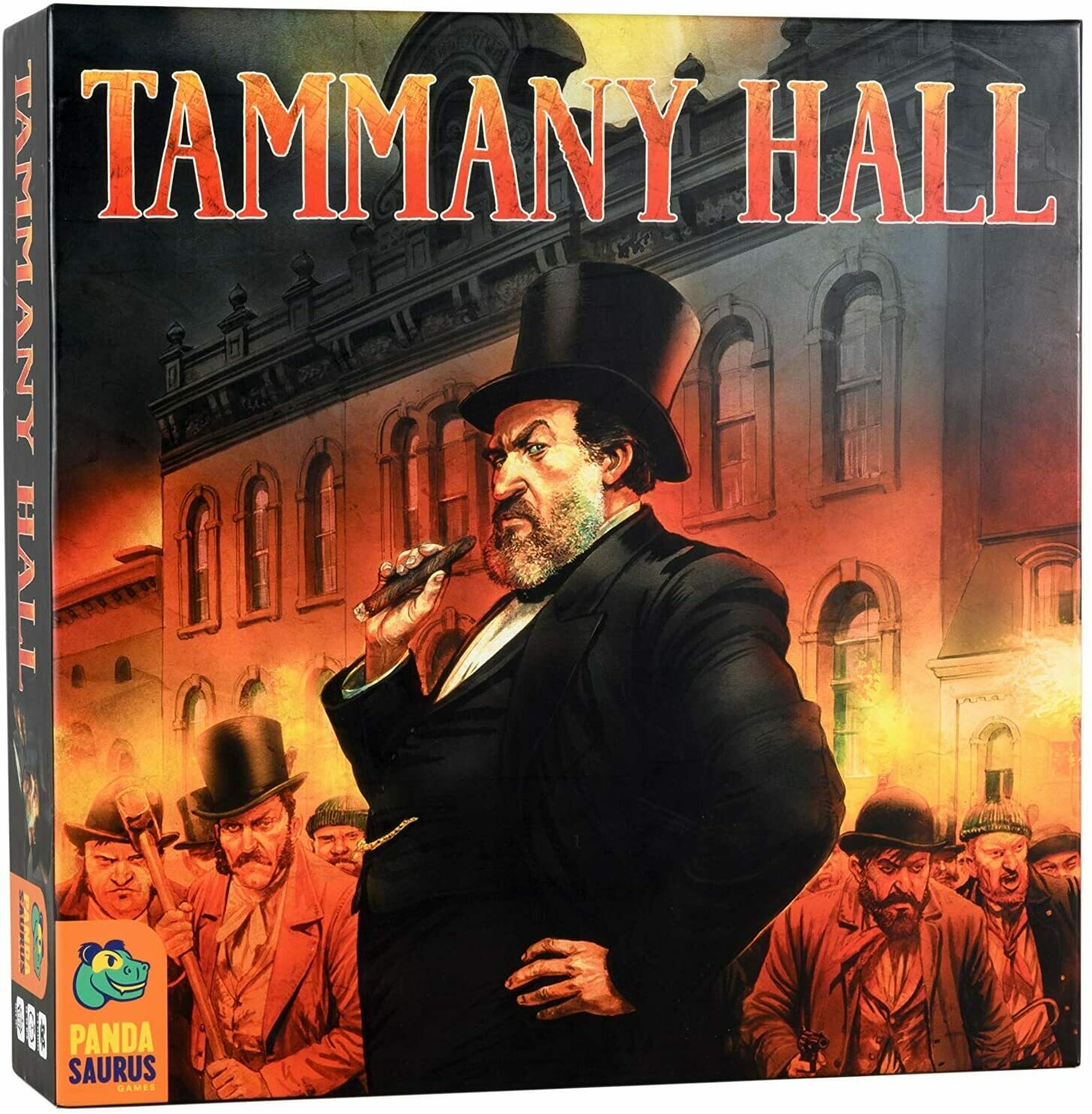 “The way to have Power, is to take it” – William “Boss” Tweed

Tammany Hall is a game of backstabbing, corruption, temporary alliances and taking power at all costs. If you want to rule New York, you are going to need to play the cities growing immigrant populations against one another. Help the immigrant groups who owe you political favors, call in those favors to slander your rivals and win election.

Tammany Hall was the political machine that dominated New York City politics by organizing the immigrant populations. While the organization’s influence spanned from its founding in the 1790’s to its collapse in the 1960’s this game is set in lower Manhattan roughly between 1850 and 1870; the era of Boss Tweed.

In Tammany Hall, players help immigrants settle in New York, collect political favors from those immigrant groups, send ward bosses into Manhattan to secure votes and slander political opponents. An election is held at the end of every fourth year, and the player who uses his power base best will be elected mayor. The Mayors grip on the city is tenuous at best. After every election, the Mayor must pay off his political rivals by placing them in offices that they can wield to try and take control of the city. Every player is your friend, every player is your enemy.