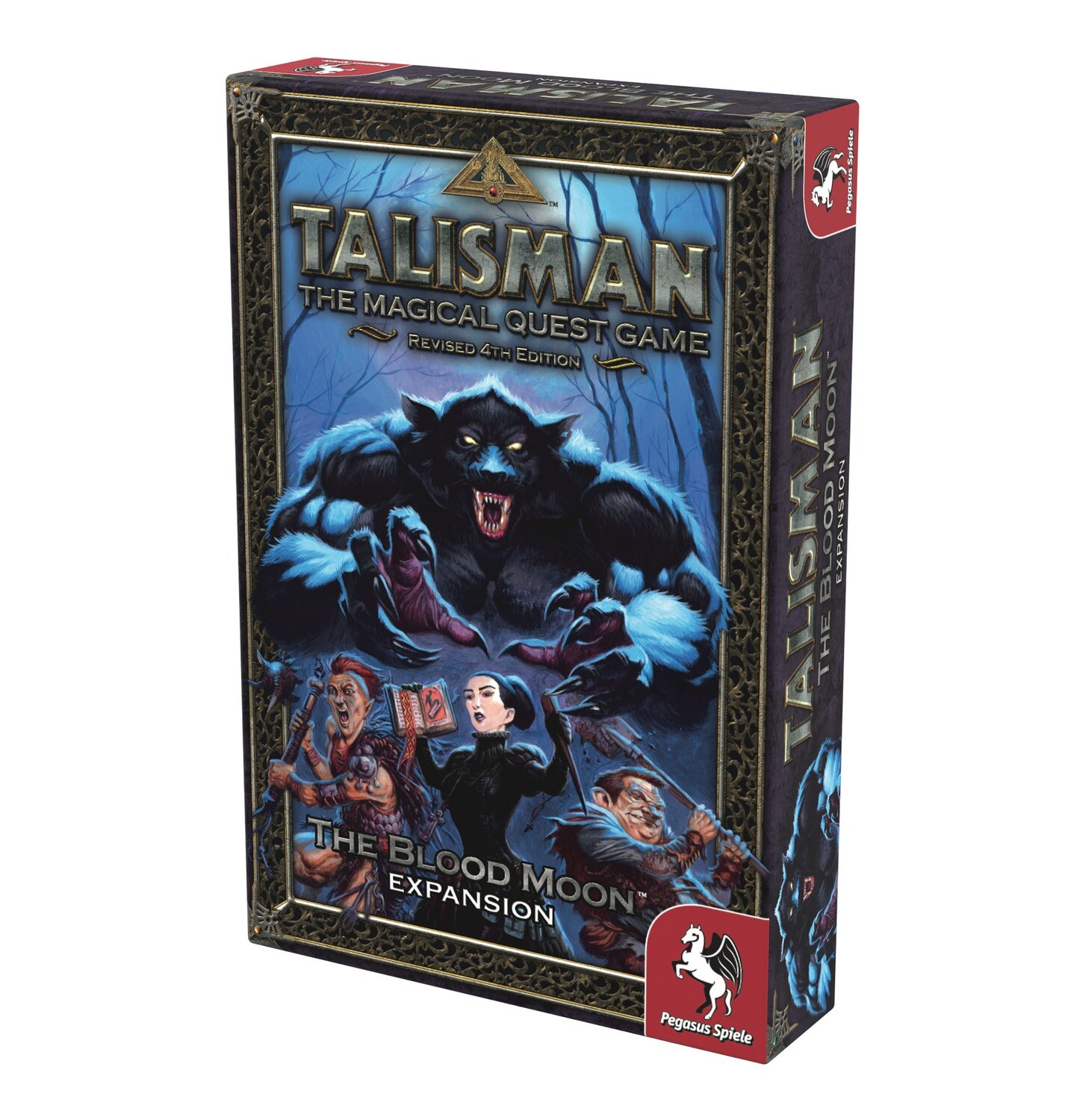 A pale glow engulfs the land. Once in a generation, the Blood Moon begins its fell cycle, bathing the realm in a pallid light. Compelled by its sinister presence, the restless dead rise from their graves, vampires hunt for unwary prey, and witches engage in nocturnal rituals. Worse yet, the horrifying Werewolf prowls the night, seeking heroes with whom to share his curse.