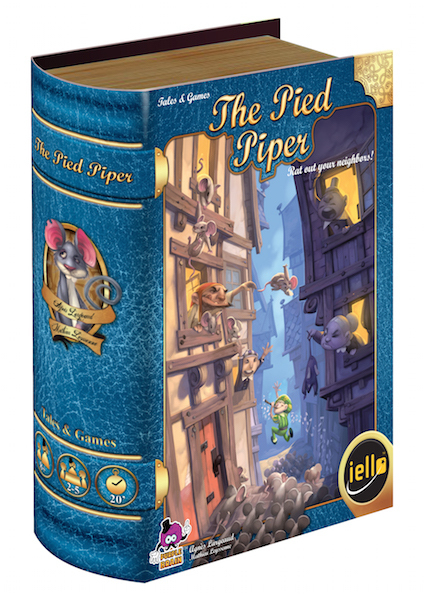 A FAMILY GAME WITH A CLASSIC TALE!

You live in Hamlin, a town infested by rats. The easiest way to get the rats out of your house is to send them to your neighbors' house. Whenever too many rats are jammed into a house, its occupants get desperate and move out! The player who can best keep the rats out of his house wins!

On your turn, play 2 Action cards on different characters (either rats the Pied Piper). If it's the second Action card played on a character, move the matching figurine according to the Action cards and replace the character card.

But beware: if your rat tracker reaches the roof of your house, you immediately flee your rat-infested house and are out of the game!