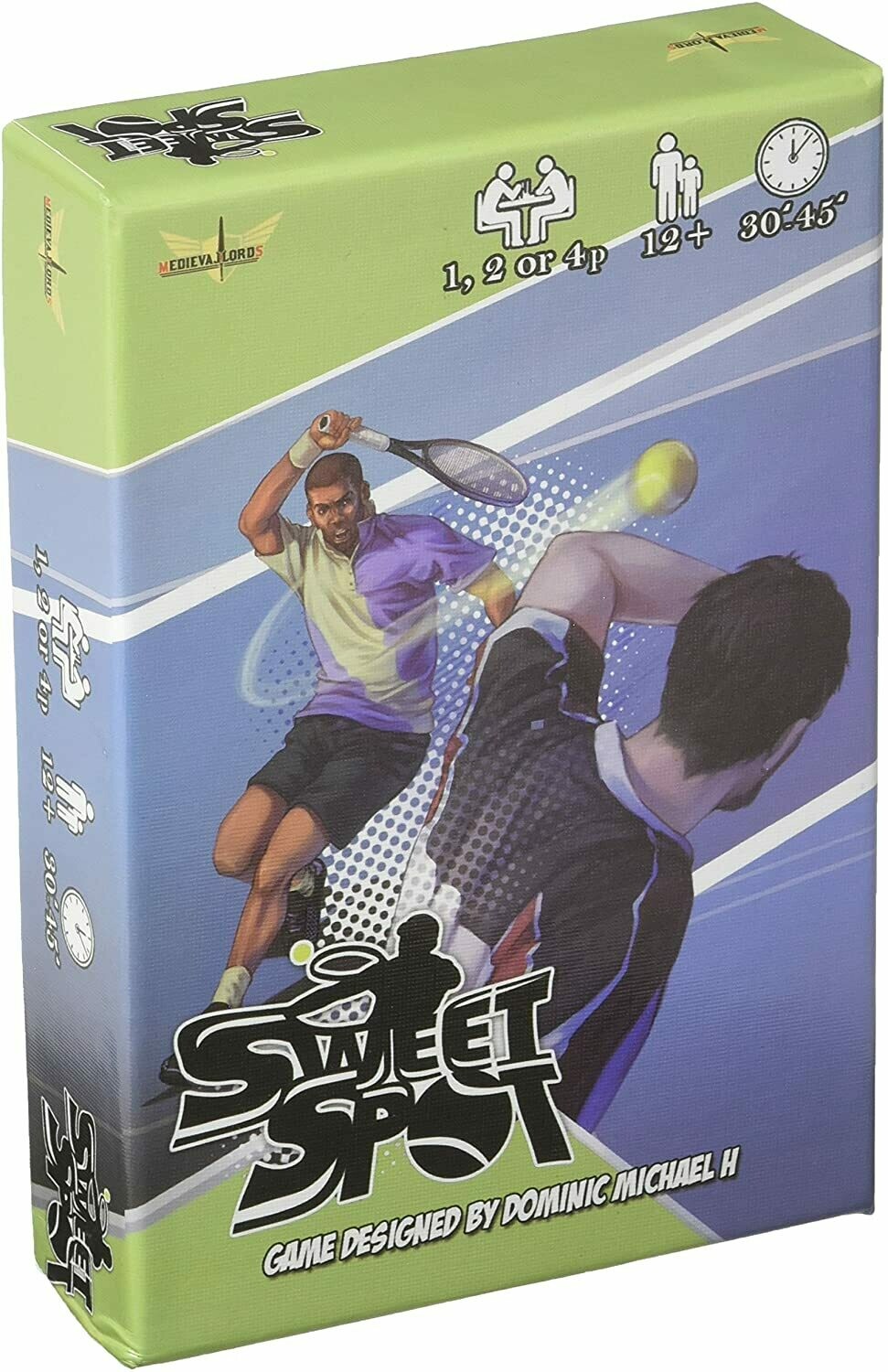 Take it to the courts with your trusty racket as you battle it out in an intense tennis game. Sweet Spot is a strategic card game that sees players take on the role of a tennis pro battling it out in intense singles or doubles matches. There are three types of decks in the game – Service, Return and Tactic. Players have to play the right card at the right situation as they rally it out on the court. But beware – stamina management is a critical part of the game! If you are not careful enough, you might end up breathless too quickly.

Sweet Spot uses a unique ‘numbers system’ mechanic to simulate the tennis ball’s position and allows players to feel a realistic strength control of their swings where they can literally hit the ball lightly or drive it down hard. Powerful Tactic cards can tilt the balance and are at the same time highly thematic – Bench allows one to regain more stamina in between rallies, Crowd Cheering allows one to perform better at critical moments and Egg Shot hits the ball so high in the sky that the opponent cannot take an accurate read on its position when it comes down.

The game features 12 playable characters with unique character abilities, and over 30 different famous moves in the tennis world. It also adds an additional layer of intensity with its hidden card mechanic that will keep players on their toes as they try to predict whether a ball was given a spin or not, and even then, whether it was a topspin or an underspin…

Plays with 2 or 4. Also includes a solo variant.