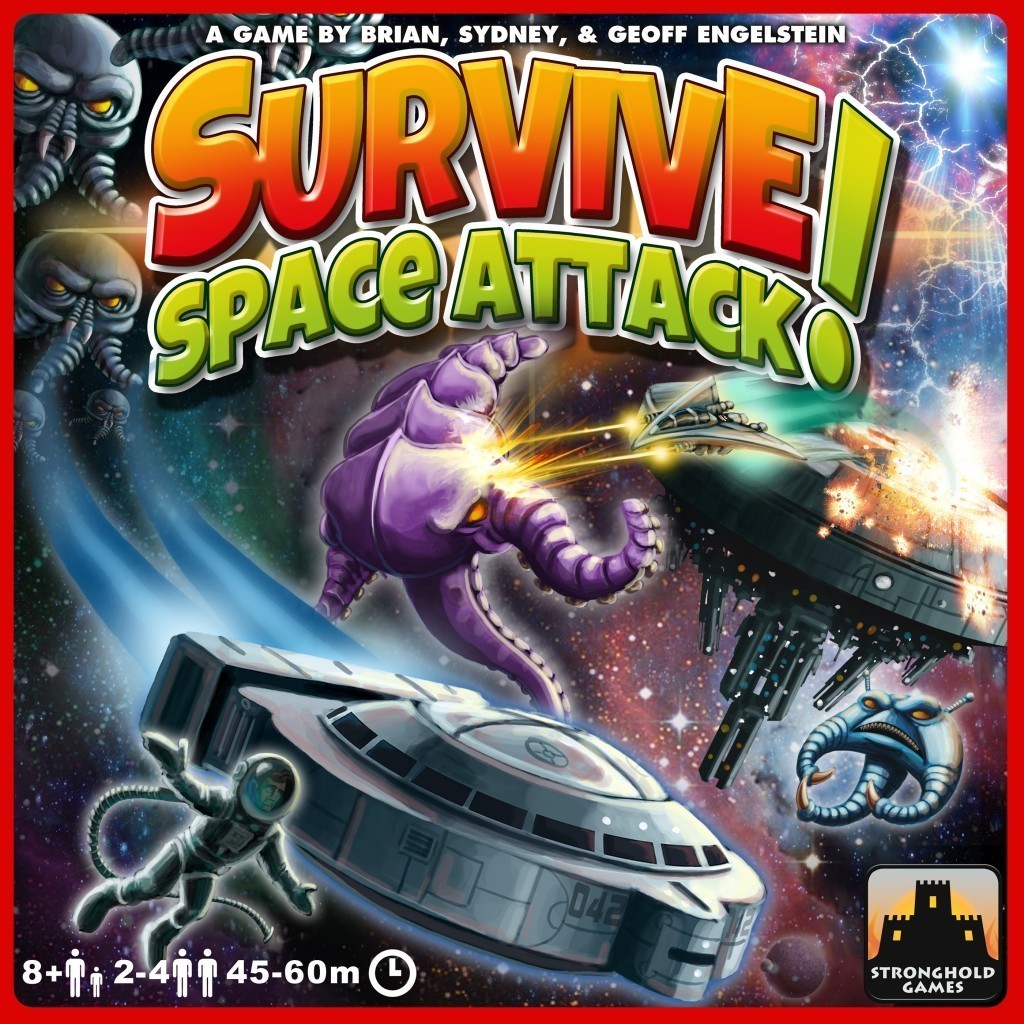 SHG-2012
$47.95
Out of stock
1
Product Details
UPC: 696859265747
Publisher: Stronghold Games
Players: 2-4
Age: 8+
Time: 45-60 minutes
Made In: China
Designer(s): Julian /courtland-Smith / Brian, Sydney, and Geoff Engelstein
Welcome to the height of technology and comfort, the Space Station Atlantis! All the comfort of a five star hotel, mixed with the adventure of space travel. The station is filled with staff, entertainers and guests trying to enjoy their out-of-this-world vacation. But all of a sudden, the Atlantis comes under attack by aliens!
After getting the guests to safety, the crew rushes to escape. Some will find space on the limited escape pods, others will board fighters and attempt to destroy the aliens. The unlucky ones will have to trust in their space suits and float for it. But with the alien Warriors, Spawns, and Queens patrolling the space around the station, it will not be an easy trip!

Who will be able to jump to safety?

The additional features of the new Survive: Space Attack! include: