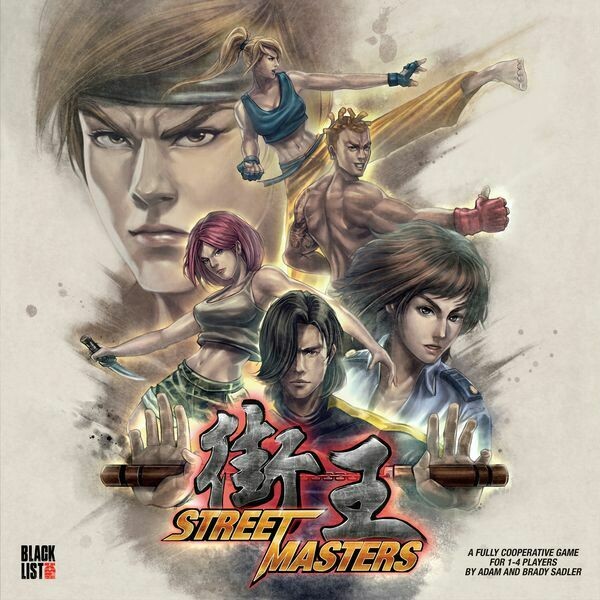 A mysterious organization known only as The Kingdom has slowly spread its influence across the globe, infiltrating corporations and government agencies alike. From these positions of power, it has spread chaos throughout the world by destabilizing financial markets, starting wars, and destroying natural resources in its quest for world domination.

The United Nations has tasked its most reliable covert agency, The Citadel, with eliminating this new threat to global stability. Unfortunately, conventional methods have so far proven useless against the shadowy organization. Luckily, recent intel has offered new hope: street fighters across the globe have been invited to an underground fighting tournament hosted by The Kingdom itself. The prizes? Prestigious positions as Kingdom officers.

Knowing the best way to dismantle The Kingdom is from within, The Citadel makes plans to recruit and train some of these fighters as agents.

The Global Gladiators initiative is born...

Street Masters is a 1-4 player cooperative miniatures board game inspired by classic beat 'em up & fighting video games. Featuring highly detailed miniatures, unique decks for fighters, stages and enemies, custom dice, and lightning-fast gameplay, it combines the best of tactical combat board gaming with the flexibility of intricate card games.

In the action-packed “Arcade Mode”, players can take advantage of Street Masters' modular deck system by mixing-and-matching any fighters, bosses, rivals, allies, and stages to create their own custom, epic showdowns. In “Story Mode,” players’ victories, defeats, and choices help unravel the lore of the game while also providing helpful perks ... or dangerous penalties!