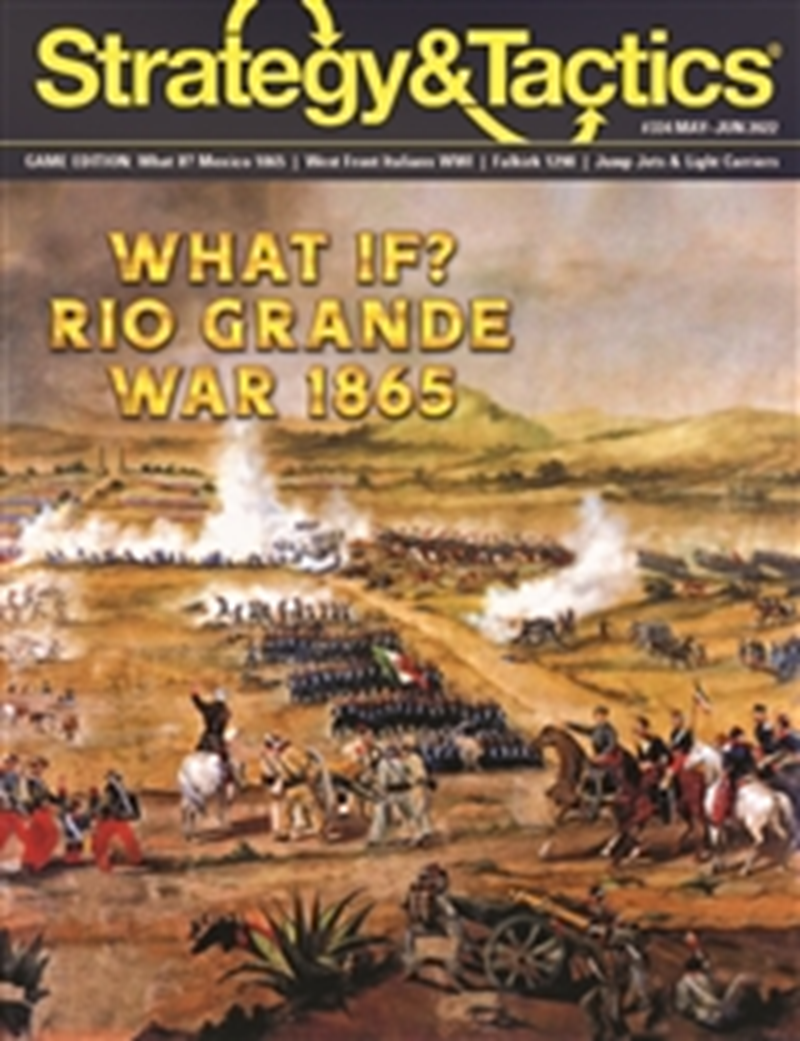 Rio Grande War is a two-player wargame on a hypothetical war between the United States and the Empire of Mexico following the American Civil War. The assumption is that France's Napoleon III decided to back up Maximilian with the French army to maintain his power in Mexico, and the US responded with an invasion. At stake: the fate of North America!

One side commands the Imperial forces (Maximilian and his French allies), and the other the Allies (US and Mexican Republic). The central game mechanism is Action Points (AP). AP are a quantification of each sides command and logistical capabilities. Players expend AP to recruit units and conduct various military operations. Each hex on the map represents 45 miles. Each game turn (GT) represents one to two months. Combat units represent divisions, brigades, regiments, and groups of partisans/bandits. Infantry and cavalry units include attached artillery, pioneer and logistic support. Leaders represent an inspirational to competent commander plus whatever troops they bring to the field.