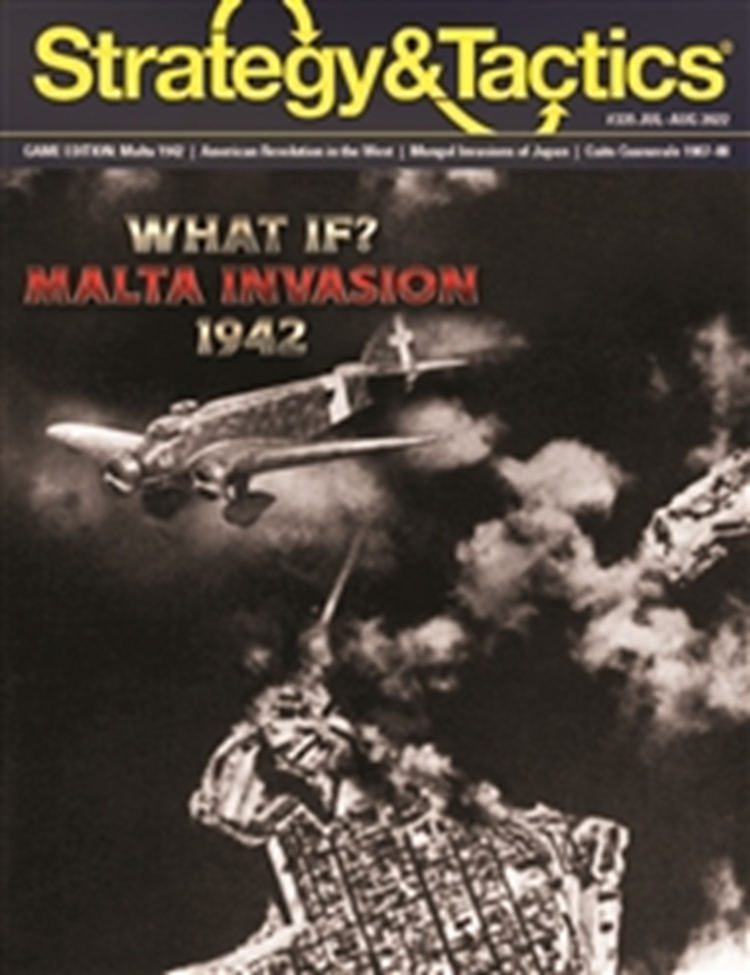 Strategy & Tactics: What If? Malta Invasion 1942 (Descent on Malta)

Descent on Malta is a solitaire operational level simulation of the planned but never executed Axis airborne assault on the British island fortress of Malta.

The player controls Axis forces (Germans and Italians). The game system controls the opposing Allied forces and reaction. The objective of the game is for the Axis to capture Malta at the lowest possible cost in casualties. The design is based on the Crete '41 game (World at War #47).

The game includes optional rules that allow for two or more players to control different parts of the Axis invasion.

Descent on Malta is an area movement game with 1 inch on the map representing 2.5 miles. The map shows Malta, the adjoining islands of Gozo, Comino and surrounding waters, with displays (boxes) representing Axis units in Sicily and southern Italy (6.0). Ground units represent Axis and British regiments, battalions and companies; Axis air units represent 3 to 6 squadrons. Each turn equals anywhere from 4 hours of intense combat action to two days of attritional warfare and refitting.